Squirrels are celebrated for their amazing feats.

An estimated 100,000 cooked bats have fallen from the sky in southern Queensland, Australia.
﻿﻿
While North America freezes under record polar temperatures, the southern hemisphere is experiencing the opposite extreme as heat records are being set in Australia after the hottest year ever. Colonies of dead bats have been falling from the sky in the recent Australian heat wave, where temperatures have reached 122 degrees Fahrenheit. ﻿﻿
﻿
﻿﻿

Hundreds of bats also lie dead in trees and bushes and are being eaten by maggots.﻿

Meanwhile in Toronto Canada, bats are freezing:
35 big brown bats were rescued and are in care! It was -26 with the wind chill. The bats were found exposed and freezing outside a mall.
﻿
All those deniosaurs who are declaring global warming to be null and void
need to understand the difference between weather and climate - weather is what's happening at the moment, while climate refers to longterm conditions.

Weather extremes - both hot and cold - can be the result of global warming - which some argue is not the best term to describe what is happening to the earth right now, and that climate change or climate chaos would better describe the phenomenon.

However, global warming does bear some relationship to what is occurring, which is warmer oceans and warmer atmosphere (clouds).  At the heart of climate change there exists greater amounts of warm, moist air.

With respect to the Polar Vortex which just took the East Coast by storm (pardon the pun), some think that the arctic air got pushed further southward due to the thinning of arctic ice sheets around the North Pole, which has created a sort of  vacuum that made it more likely for this blast of cold air to go further south over parts of Canada and the US than it normally would.

But the predominant trend of Climate Change is warming, the Polar Vortex is a temporary phenomenon and we'll soon be returning to warmer than normal
winter temperatures.

As we can see, either condition - extreme cold or extreme heat - can be disastrous for our precious wildlife.

From All the Squirrels of Peter Cooper Village
Thank you for your kindnesses throughout the year
May we all be safe and healthy in the coming year! 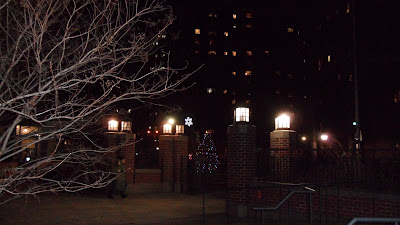 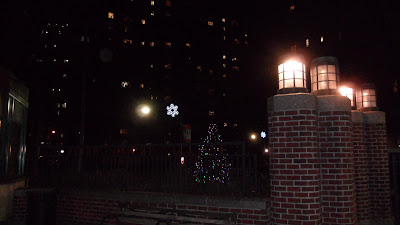 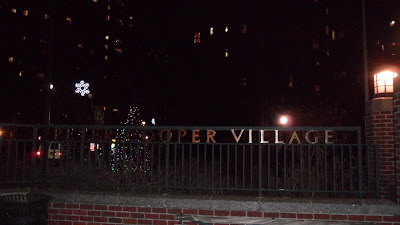 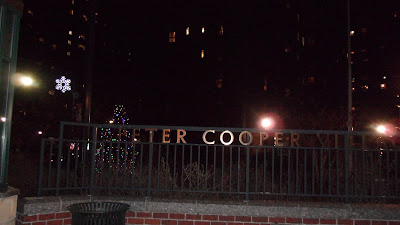 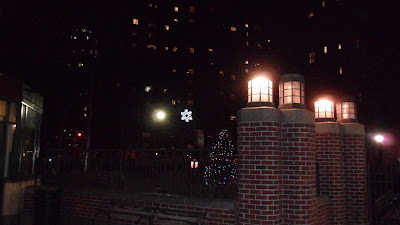 Don't see the squirrels? That's because squirrels don't go out at night, DUH!
Posted by Admin at 2:53 AM No comments: