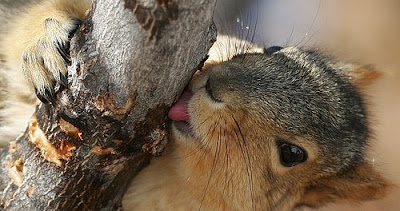 Photo by Beebz the Squirrel @SquirrelBeebz
Posted by Admin at 1:58 PM 1 comment: 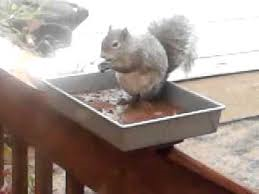 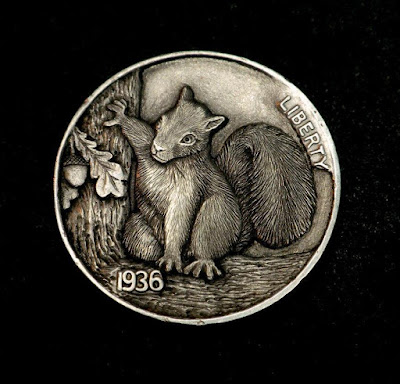 Hobo nickels are a type of human folk art created by etching and carving coins.  This one is particularly well done.
From ‏@MuhlenSquirrel 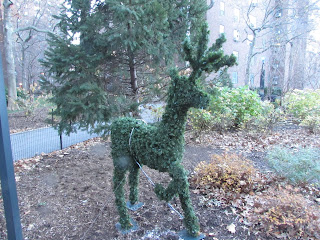 But some of the trees don't know it.

And some of the squirrels don't know it.


The first day of winter - the winter solstice - is only weeks away.  This time of year, we usually see the big winter coats coming out, along with the cute white mittens and ear muffs. 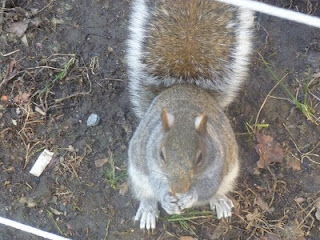 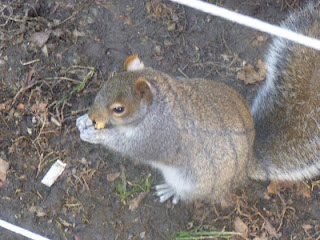 But so far we haven't been seeing much of that. Another concern: while there are usually many mouths to feed as soon as there's a chill in the air, now there are not so many. Where have all the squirrels gone?

Conjecture: maybe the drought and extreme heat of the summer months killed many of our squirrels. Yes, it's not just happening out west -- the state of New York has also been in a drought, as has the neighboring state of New Jersey. New York is somewhat improved, and is currently in a drought watch, which is the first of four levels of state drought advisories ("watch," "warning," "emergency" and "disaster").

I'm concerned that our little friends may be victims of climate change.

Yes, I know it's #NationalCookieDay, but I think I've had a little too much cream filling. 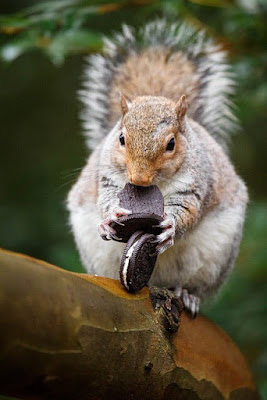