There was a general feeling of release in the park today. First a squirrel, then a pigeon. Let freedom ring! 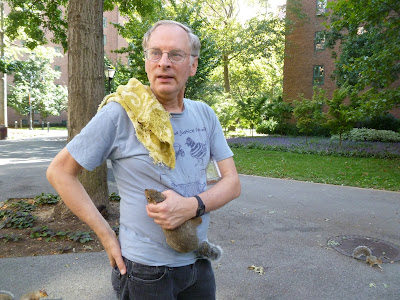 The pigeon's release was not quite a success however. Two hours later he's still sitting in the same spot on the lawn, acting bewildered.
When Bernie approaches he flies away 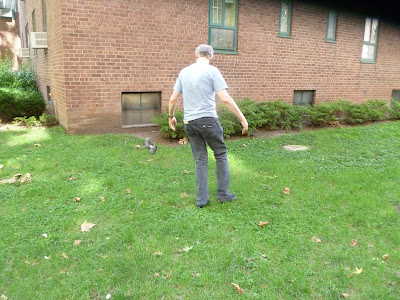 Only to crash land on the tarmac a few seconds later! He sits there and lets Bernie scoop him up. ﻿ 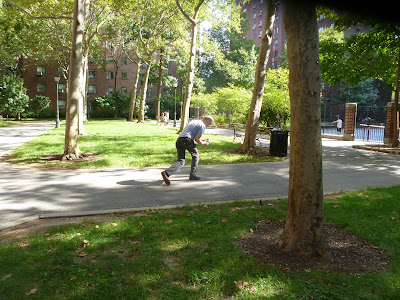 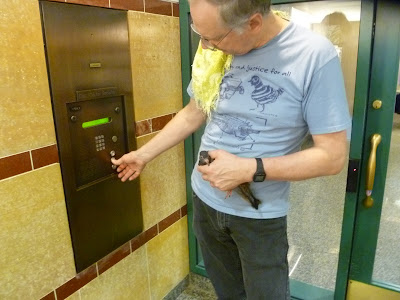 ﻿
Paradise found: a friendly bird rehabber who gives us some pointers.

There are two elements involved in releasing a pigeon:
1 - every day for 3-4 weeks prior to release let bird free to fly around in the bathroom for a few hours
2 - for 4-5 days put the bird outside in a cage with birdseed nearby so it gets used to other pigeons being around

Ok little fellow, home you go. You'll need to practice before you go out again. ﻿ 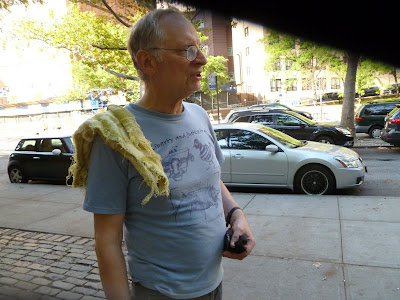