Something stinks and it ain't the horses

This article talks about how Citizen's United and campaign politics and real estate developers may all be playing a part in the New York City controversy about the removal of horses from Central Park.

The proposal is to replace the horse and buggies with cars. Just what New York City needs -- more cars!

As for the loss of the horses from our lives, this article says it beautifully:

"There ought to be no mistake about what's in stake for the Central Park Horses if the mayor and the people who say they are for animal rights in this case get their way, the horses face almost certain death and something almost worse – their removal from human society, another blow to the desperate need of animals to work and live among us. Everywhere, especially in America, animals are disappearing from our lives, and inevitably, from our world. Do they have the right to live with us? I believe in this right for the Central Park Horses: to survive and have purpose and meaning in the lives of human beings."

I hadn't seen her since back in early December when the squirrels started wearing their winter coats. I didn't know if she had disappeared for good or had just become unrecognizable. Readers of this blog know how depressing it was to visit the "dead tree"  after that last blast of snow. Then the other day I thought I saw her! There was a gray squirrel acting very much like Gray Momma, hanging around the "dead tree" and chasing the other squirrels away. A ray of hope after the rather hopeless winter!

Today I was sure of it. It was a spring-like day, and I had the feeling that winter was gone for good. Most of the snow is gone and squirrels were out chasing each other all over the place. Mating season is in full swing. When I hear a squirrel squeal it's not in anguish now.

And the wonderful news is that Gray Momma is back in control of her tree! And back to keeping everything tree-shape.  And she was actually talking, another sign that it was Gray Momma, the talking squirrel. It was like she was telling everybody that things were back to normal again and she was in charge. She actually came over and took a nut from my hand today. Just one. As a kind of greeting, I guess. She's beautiful again. She gets very beautiful when she's pregnant, a gorgeous silvery color. I'm so happy that she is alive! And so the cycle of life begins anew.  I hope to get a new camera soon, and then there will be some pictures of her. Things are looking up.

Postscript: I'm also pleased to report that ET and her retinue at the Orange Tree are all doing just fine.

It was a very productive day today: I went around to all the very littlest squirrels that took a beating this winter but are still basically in good shape (the injured and sick ones are all dead now). These little squirrels are survivors but you can tell they've been through a hard winter.  They all have pink areas where there's some fur missing but nothing irreparable. Most of them are black, but there is one gray one that's missing a lot of fur and looks more like a mouse than a squirrel. It's very scared to come down from the tree and I think it may have been bullied a lot by the bigger squirrels. Today they were fed an assortment of different nuts. Tomorrow, avocado!

Happiness is a warm

Radio Free Eireann airs weekly on Saturday at 1pm over WBAI 99.5FM
and can be listened to online at:  http://stream.wbai.org


The Central Park horse and carriage debate has been heating up over the past couple of weeks, thanks to Liam Neeson using his celebrity to highlight the plight of the horses and workers in Central Park. 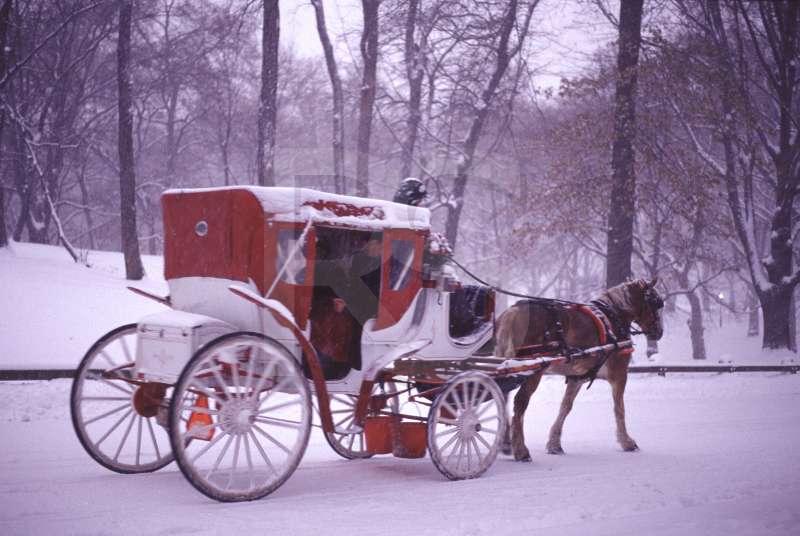 One big story which Mayor de Blasio has stepped into is the attempt to do away with the horse and carriage trade out of Central Park, which has been there for over 100 years, and which would take away the livelihood of potentially a lot of Irish immigrants who work their trade at Central Park.  [ed. note: Many of these drivers have worked for years with horses in Ireland.]  They've been getting a great boost from Liam Neeson lately. Timing is everything. Liam currently has the number one movie throughout the country, so he's doing a lot of interviews. Last week he was on The Daily Show with John Stewart and was supporting the horse and buggy guys. Last night Jimmy Fallon, while interviewing Liam Neeson, also got behind the horse and carriages, and tomorrow is going to be a big day for them. They invited Mayor de Blasio and the City Council to visit the stables on 52nd St. tomorrow to see how the horses live.

Now Radio Free Eireann goes to the horse's mouth: we're live in Central Park speaking with Ian McKeever, one of the spokespeople for the horse and carriage guys.

RFE: Ian, you're getting a big boost from Liam Neeson, who is really championing this cause. He reminds me of Grandpa Al Louis here at WBAI who used his celebrity to highlight causes like the Rockefeller Drug Laws. So where are you now and what will be happening tomorrow?

Ian: I'm actually driving the carriage right now for a Canadian couple who are really enjoying their ride around Central Park. Liam Neeson wants the public to know the truth about our business, and now Jimmy Fallon. It's just great that people are starting to find out the truth and the lies that the animal rights people talk about all the time.

RFE: What do you hope to show to the City Council and Mayor de Blasio if he shows up?

Ian: Well the animal rights people have been telling them that the horses live in terrible conditions. Actually our stables are state of the art, they're absolutely fantastic. They're boxed stalls, and the quality of feed they get, the quality of veterinary care -- everything is fantastic. And they're going to get an awful shock when they come to see the stables because they're such beautiful stables. And they can see the horses roaming around in their stalls. And each one of these horses goes to a farm for about 3 months of the year. So it's going to be quite a shock to these council persons because all they've listened to is the animal rights people. I'm looking forward to seeing their response.

RFE: It might be suggested that you are the real animal rights people here because you're actually taking care of the animals.

Ian: I'm an animal welfare activist, being that I work with animals and also show them love and respect.

RFE: Radio Free Eireann has been on this story. These horses were born in the Amish country in Pennsylvania and they were pulling field plows for the Amish, and now they're in New York. Hopefully tomorrow they'll have a good turnout. Just go and see where they live. The stables are on West 52nd St. which is part of the problem: that is prime real estate right now for putting up condominiums in Hell's Kitchen, and some of the backers of de Blasio are the real estate developers that would love to get their hands on these stables to redevelop them.

The other thing Mayor de Blasio is going after now is the buskers who sing in the subway. It seems like the real crime going on in New York City these days is the horse and carriages trade and the buskers.
Posted by Admin at 10:11 PM No comments: 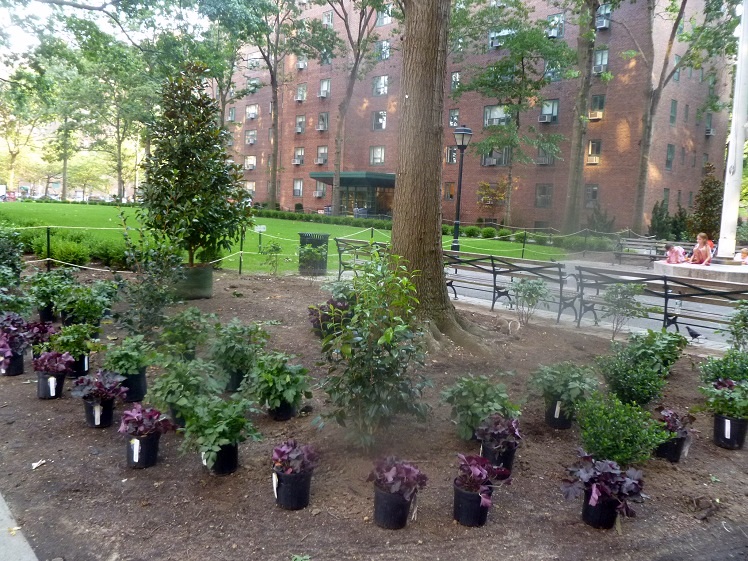