91 degrees at 6pm! Oh yes, summer has arrived-- and just in time for Memorial Day Weekend, official start of the season. I went to the park bearing "frozen" cherries and grapes and they were a fairly big hit.  There were not a lot of squirrels to be seen around PCV.  My squirrels came out -- and came over to greet me. They were not that hungry for nuts and instead chose to lounge languidly on the branches of the small squirrel trees over by the rose bushes. They were all relaxed, and seemed to be enjoying my company, because they stuck around, pancaking out, and not looking for food. Or maybe it was just that their holes were too hot for comfort :)

Only one squirrel - a mommy squirrel of all things  - was in full gear. She was in a MOOD. She kept chasing the others and kept begging for more nuts, which she would then go off and bury. She was not particularly hungry, but was spoiling for some action!

I retrieved the water "cup" from under the hedges and filled it with water, thinking the poor darlings must be dehydrated. But except for one brave sq, I could not get them to drink from it.  A few would slink stealthily over to it, then back away, sensing a trap. Silly little things! I poured water on a couple of them but they did not seem to like that and tried to wipe it off.

There was a tiny black baby there, eating roses off the rose bushes. It was adorable to see his mouth full of rose petals. I tried throwing him a cherry and hit him by mistake (** oops, cherry bomb **) and he jumped sky high!

Speaking of mommy squirrels, I then went over to the east side and looked for Spunky to give her a frozen cherry. She was high in a tree and seemed hesitant about coming down, whereas she usually bounds right over to me in her spunky manner (hence her name). When she finally started  down, she was moving awkwardly, almost like she had arthritis.

I thought there might be something wrong with her. And then when she finally got down, I realized that SPUNKY HAD HER BABIES!!! IN THIS HEAT NO LESS!!!!  She was skinny again, and you could see now that she is really quite small,  almost still a baby herself.  Spunky ate quite a bit. She was very calm. I'm the one that was excited -- can't wait to see her first batch of babies! I think she'll be a great mommy.
Posted by Admin at 9:39 PM No comments: 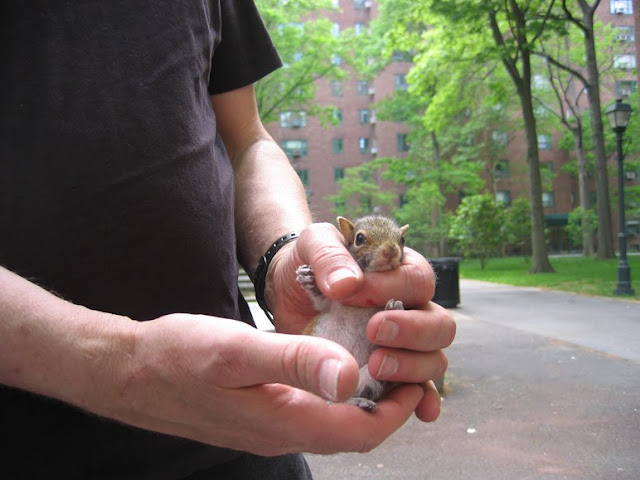 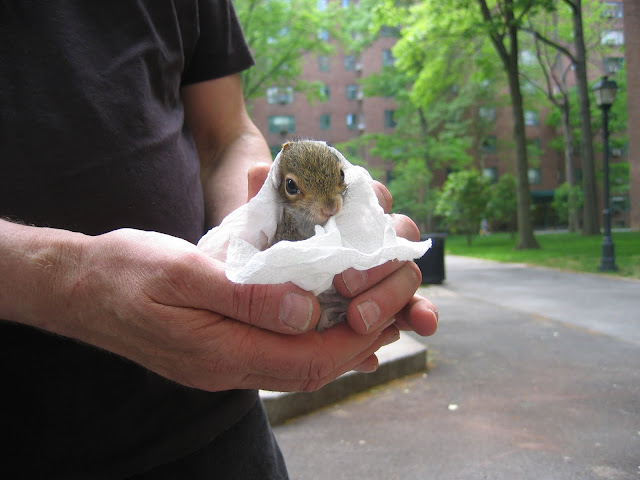 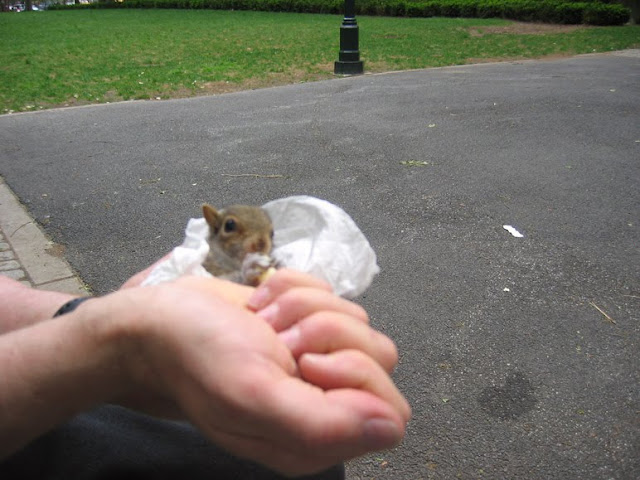 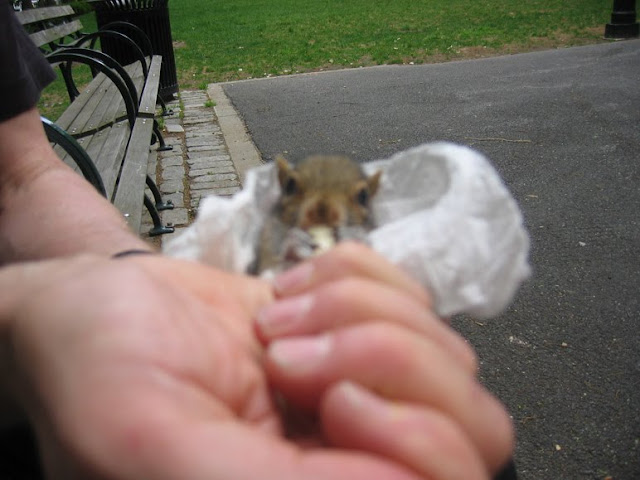 Nuts! Amateur photographer captures the moment a hawk let its furry prey get away

Grok these amazing pictures of hawk and squirrel. For the full story go here (it does have a happy ending): 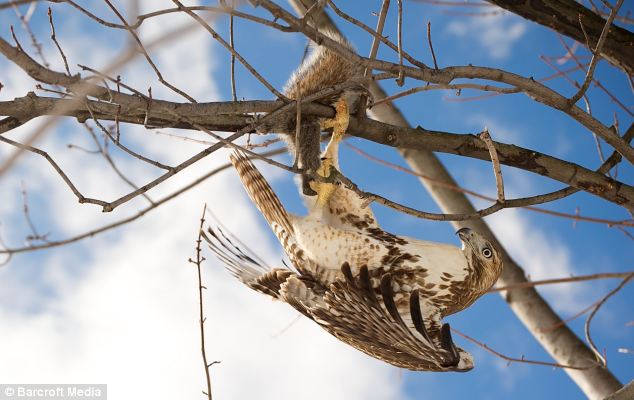 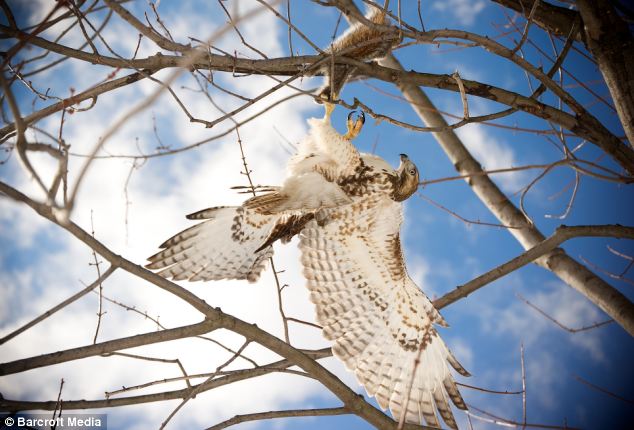 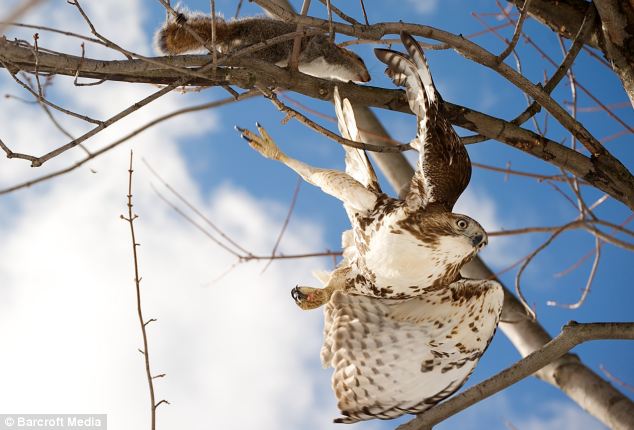