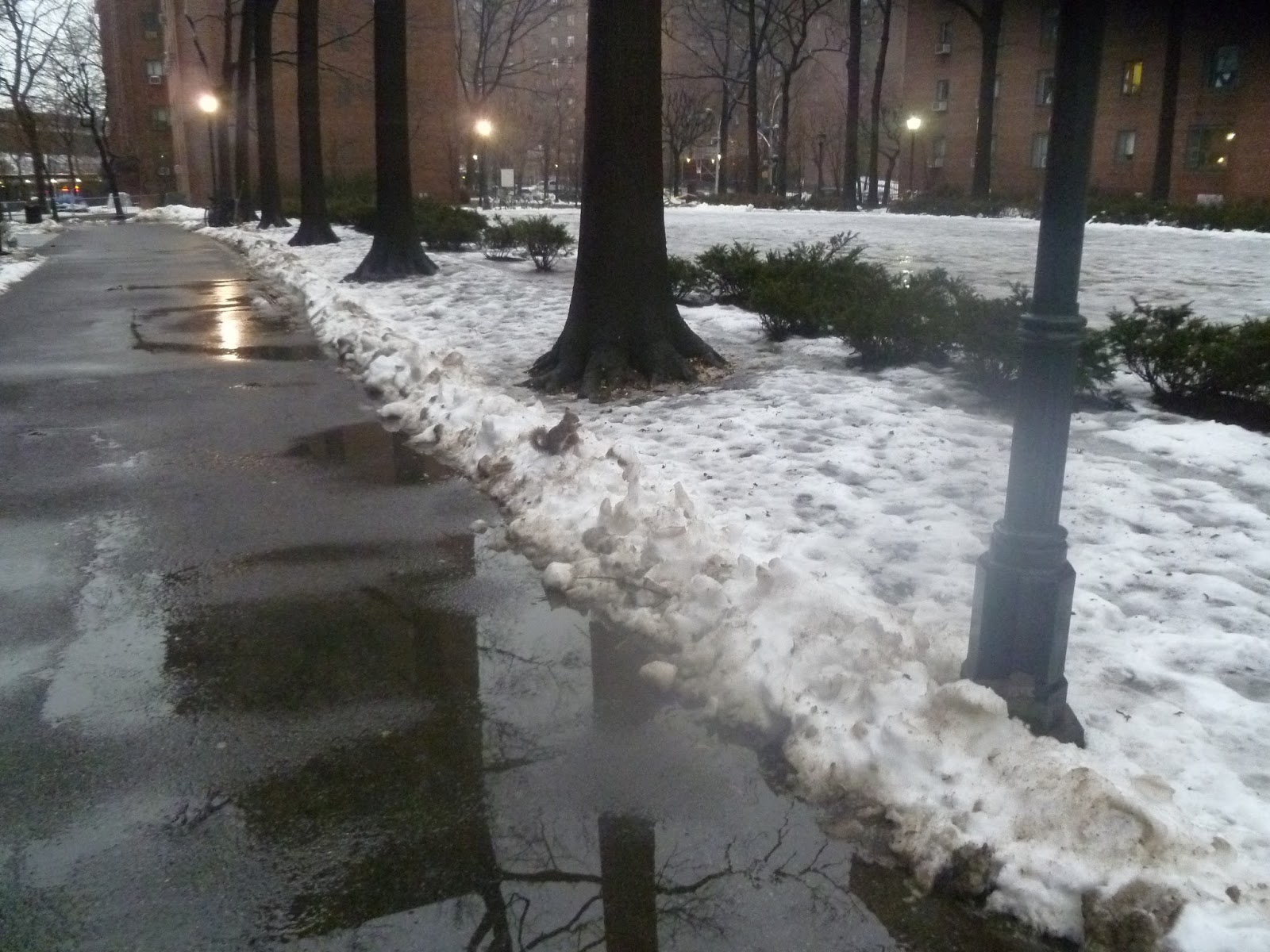 Day 1 - Big Badfoot and Little Badfoot
Things were pretty desolate. I saw a few squirrels at the orange tree (one of the babies and maybe ET), but not a single squirrel by the fountain or beyond. Over in GM's (Gray Momma's) area more came out after a while. Badfoot came down and was trying to stand up in the snow while she ate but she kept trying to keep herself from from falling over. Her foot was bright red and inflamed. She may be Gray Momma but it's hard to tell, as I lost track of Gray Momma since the squirrels put on their heavy coats in early December. I have been watching her for a while. Her left rear foot is huge and swollen, probably from an infection.

Two young squirrels were also in trouble: a gray one on one side of the green and a black one on the other side. The gray one was trying to stand upright and kept falling over to the side due to a leg or foot problem. The black one was shivering and shaking,  had lost some of his fur, and looked totally miserable. He came down from the tree late, after I'd run out of nuts. I had to search through my bags to find a couple more peanuts, and also gave him the last of the pistachios and a cheese cracker. He was sitting up on a branch drying out in the sun when I left. I wondered if I'd ever see him again. I heard more storms were on the way. Oh no! The squirrels couldn't take any more.
Day 2 - Hawk!
It was another sad day. Only a few squirrels came out by GM's tree. The ones that did were the walking wounded. Two of them were the badfoots - Big Badfoot and Little Badfoot. I was feeding both after the others had already gone up when suddenly a huge hawk flew down right in front of me and tried to grab Little Badfoot! It failed. I started yelling at it and it flew away. But then it came back and chased Little Badfoot all the way over to the next tree. I saw that LB made it safely up and inside the tree, after which the hawk stationed itself on a branch and proceeded to wait patiently.

Other people were standing around watching and laughing, enjoying the show. They didn't seem to notice the suffering of the squirrels.  A man who was walking two small dogs picked them both up when he walked past the hawk's tree. The hawk was huge, bigger than the dogs, but I still think it may be a juvenile because of its clumsy attempts to catch the squirrel. I decided it was time to stop the feeding.

Blood on the Tracks

I then went over to the tree where I'd seen the little black squirrel yesterday. There was no sign of him, but I saw red stuff on the snow. I kept trying to convince myself that it wasn't blood. 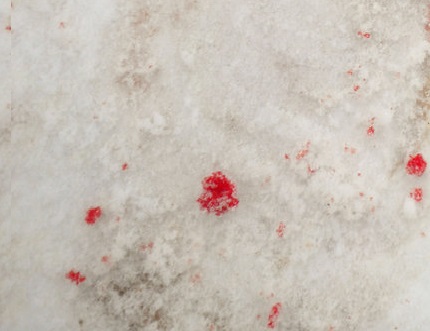 Just heard the weather report and it's going to be really cold tonight with high winds and a wind chill that makes it even colder. Lots of sun tomorrow but still very cold, and then another storm coming through with even more snow. 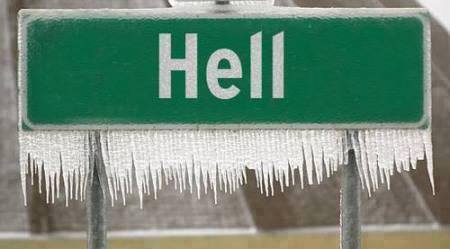 More of the same today. When I got there only a single squirrel was out: Big Badfoot. She was in the sun by GM's tree trying to eat something that looked like seeds-- maybe some of the dried corn I'd spilled yesterday. I fed her some nuts then walked around to the other end of the green where I fed a small group that came out. All of a sudden they all froze. I couldn't see a thing but decided to cut the feeding short. I circled the green back towards GM's tree and on the way encountered Little Badfoot! I stopped to feed him and all of a sudden he started making clucking noises and ran off. I looked up and discovered Mr. Hawk sitting in the same tree as yesterday!


By this time squirrels all over the place were crying out from the trees. I wondered if that was so smart, since it draws attention to them, but that's what they do. And it was amazing how the squirrels all way over on the other side of the green had sensed the hawk earlier. They have a very impressive early warning surveillance system that we don't quite understand. 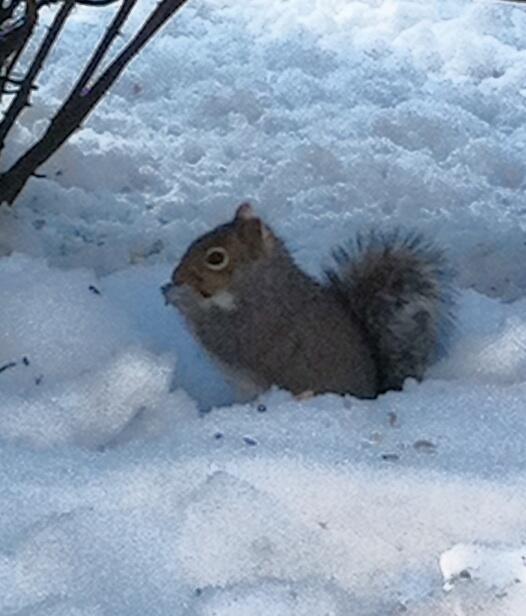