Remains of the Day

When I was here the other day Momma Gray Squirrel started making a strange growling sound, before making a dash for the tree. When a few other squirrels picked up on the theme I looked up and saw a huge red-tailed hawk sitting patiently in a nearby tree. I was sorry to see it so close to the baby tree. Unfortunately I did not have my camera with me so I don't have a picture of the hawk, but when I went back there today, I found the remains of an adult squirrel under the orange tree.

Sadly, it was one of the black ones, which are a bit rare here. I hope it wasn't the babies' mother. You don't know which squirrels are the mothers, as they never have anything to do with the babies when outside of the nest.

On the brighter side, the babies have become much more approachable.
There are three browns and one gray, and all seem to be from the same litter. Three of them were down when I arrived: 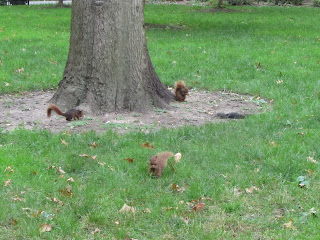 I managed to get some great pictures of the cuties (click to enlarge): 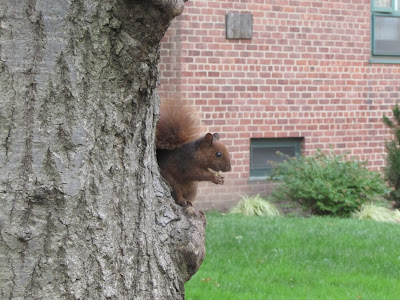 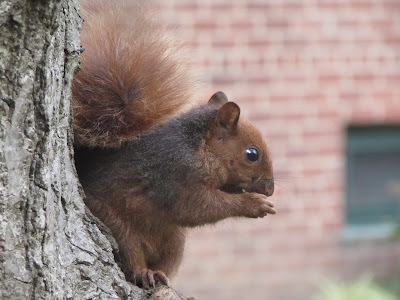 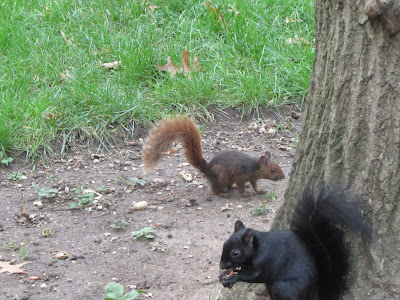 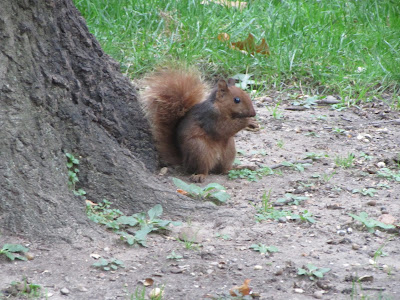 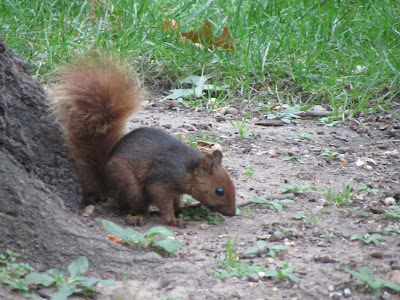 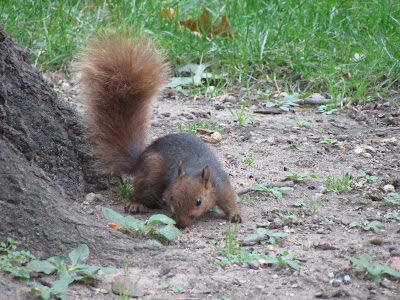 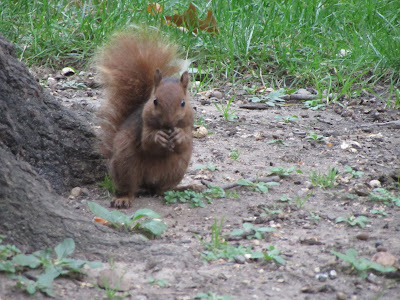 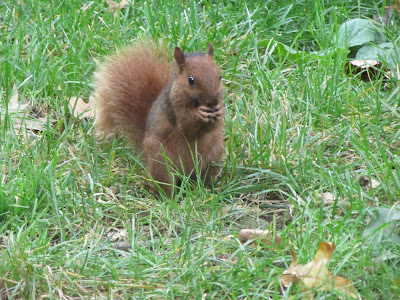 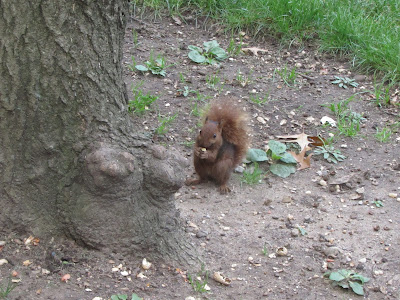 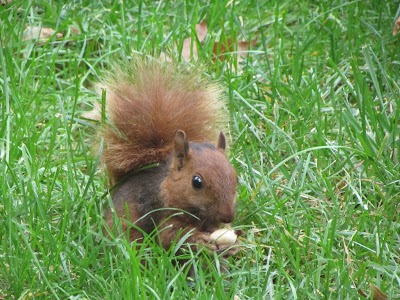 Some children came by and were ecstatic watching the squirrels. Their father, who was on his cell phone, didn't seem to be paying much attention, but as soon as their mother arrived, she started telling the children to stay away from the squirrels as if they were some deadly enemy. Then she started lecturing me about feeding them. I wasn't supposed to be doing that.

Her children gathered around and formed a chorus: "Don't feed the squirrels!"

I explained: "I only feed them because they're hungry and need to be fed."

She replied haughtily: "Oh, they are well-fed, I assure you of that!"

That seemed to stump her. End of conversation.  :)