I heard that they had cut down a big tree over at Union Square Park, and that the part that was still lying on the ground offered a rare opportunity to see inside a squirrel house-- something we had always wondered about. So on Easter Sunday I decided to walk over to USP and have a look. It was alternating between sunshine and sprinkles, but was pleasantly warm and a nice day for a stroll.
First I found what was left of the tree: 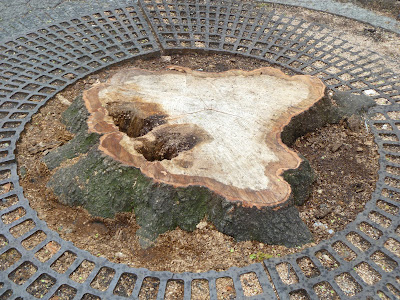 Then I made my way over to the log house. There it was! 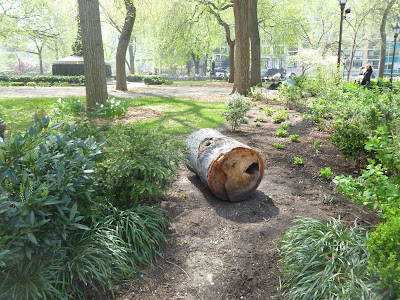 It was quite interesting, having three separate entrances/exits:
center and right holes: 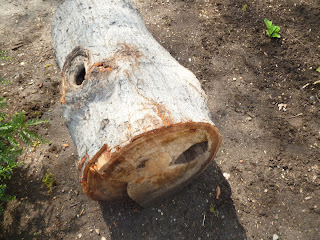 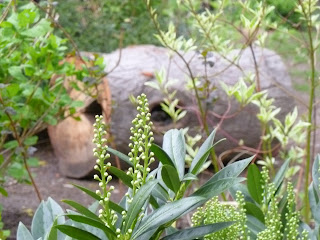 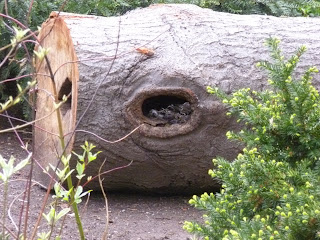 It was Easter Sunday and the park was jampacked with people. As I arrived it was barely  sprinkling. Then the sprinkles changed to April showers -- still very light, not enough to deter squirrels, but you know how people are. The raindrops felt refreshingly cool as I witnessed the great exodus from the park. I stood there bemused as the hordes stampeded for the exits, umbrellas popping open everywhere. The people had come prepared!  I laughed as I easily located an empty bench that afforded a ringside seat for viewing the goings on around the log house. And the squirrels were putting on quite a show! 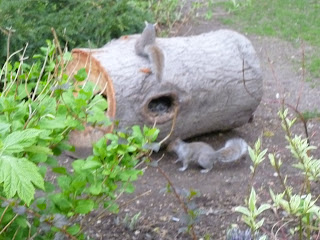 They were playing like kids on a playground, but also seemed fascinated and awed and afraid, as they tried to figure out what the heck was going on here.
Was it some kind of newfangled split level housing accomodations? OR could it be...
a split level trap?? 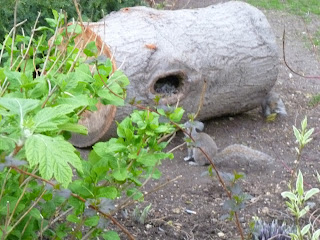 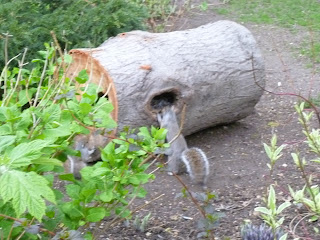 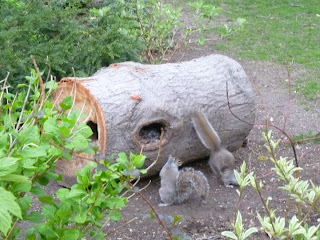 Squirrels do tend to be wary and are always on the lookout for traps. As I watched, they kept approaching the various entrances, nosing about to examine the log, looking as if they were juuust about to go in, then veering off at the  moment of truth. Playing chicken. 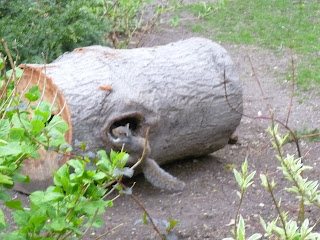 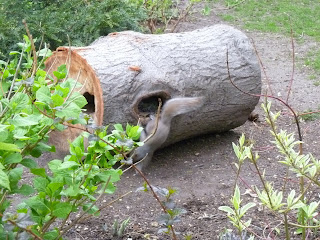 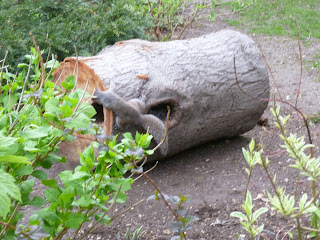 Finally one squirrel, in a daring display of derring-do, dive-bombed into the lower  hole on the right, and immediately exited out of the upper hole on the left, in one smooth move as only a squirrel could do it! Sorry, didn't manage to catch that on camera :)

And now for the pièce de résistance - what I'd been waiting for -  a peek at the interior decorating habits of squirrels. I slipped over the fence and managed to get these fascinating glimpses of the inside of a squirrel's drey before a Parks Dept. official caught me on the wrong side of the fence and kicked me out: 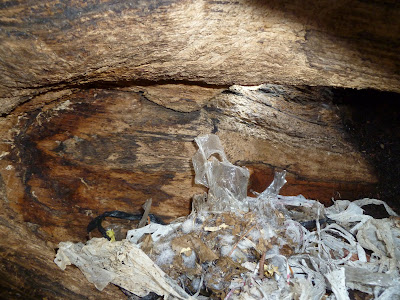 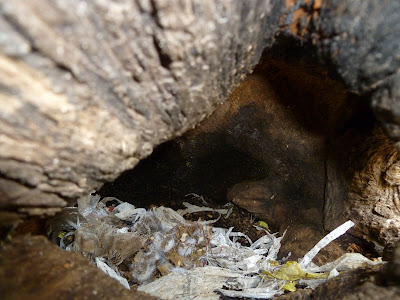 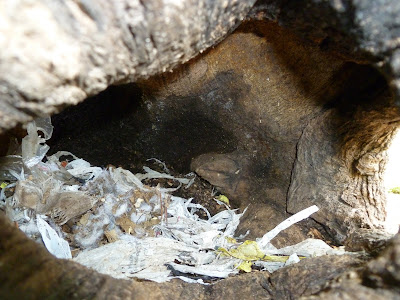 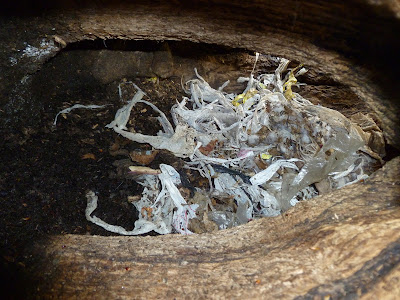 I'm no expert, but it looks a bit like Modern Art. I did manage to ascertain that there were no babies inside.

Oh, and I also managed to feed a few squirrels while I was there. Boy, do they have some scraggly squirrels in USP :( 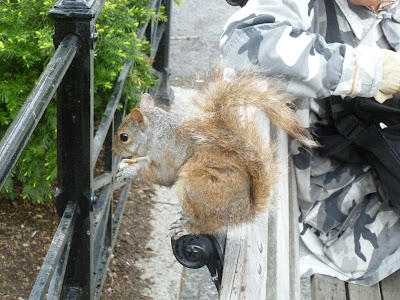 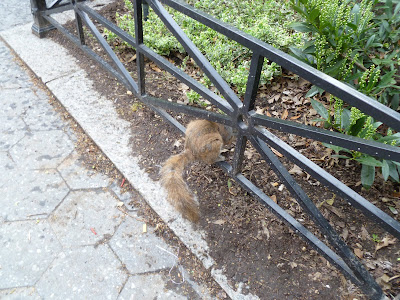