This was of course, the hurricane from hell, and what made it so distinctive was that if was the byproduct of the collision of three large air masses, creating an animal that we've never seen before. First of all, three large air masses collided off the coast of Florida. First we had an ordinary garden-variety hurricane that wouldn't amount to much at all. However, it collided with the Jet Stream. The Jet Stream takes cold, arctic air and goes down through Canada, perhaps swings through the Dakotas, then goes back into Canada again. However this time the Jet Stream went all the way down to Florida. It was very unusual that we had this ice-cold weather  coming from Alaska and Canada, going all the way down to Florida, then colliding with a hurricane that was already there.

And third, we also had a storm - a low-pressure area coming in from the West. So we had a storm from the West, the Jet Stream carrying cold air from the North, and then from the East, we had an ordinary hurricane. And the collision of these three large air masses created a witch's brew that scientists had a hard time modeling with their computers. In fact it created this hybrid monster - a hybrid of a hurricane and a nor'easter, in a very rare atmospheric collision, and it  created an air mass that was huge - about 800 miles across. Normally hurricanes are not that big, and they circulate very quickly. However, this time the air mass was extremely large, and it circulated very slowly, and that's what made it so different from all the other hurricanes that we have experienced in the past.

The next question is, why? Why did we have this gigantic hybrid monster being created off the coast of Florida? Well first let me say flatly that there's no smoking gun. You cannot point to one
factor and say aha, that's the reason why we had Hurricane Sandy! However, if you take a look at the average effects, you see rather disturbing trends, First of all, where does the energy of a hurricane come from? The energy of a hurricane comes from warm water, specifically the warm water of the Gulf and the Carribbean. Well it turns out that the parts of this body of water are up to 5 degrees above normal, and that creates more energy  - more energy to drive the hurricane. Also, the ferocity of the hurricane is related to the difference in temperature between the outside and the inside. The greater the difference in temperature, the faster the winds move and the more energy you have. Well on the outside we had the Jet Stream - the outside carried cold air from the Arctic, so  it was the collision of the cold air from the Arctic with unusually warm water of the Carribbean, which gave the energy for Hurricane Sandy.

And from the National Geographic News site:
The surge is worsened because the full moon has added about a foot to the surge and because Sandy arrives at high tide. Meteorologist Tim Morrin of the National Weather Service’s office in New York, tells National Geographic News that the surge — nearly 14 feet — is a new record for a storm surge in New York Harbor.

The following pictures were taken from Waterside Plaza at the height of the storm in NYC. They show a river of water running down FDR Drive and across E. 23rd Street. The water was being pushed from Long Island Sound into the East River, where it met up with water coming the other way from New York Harbor. 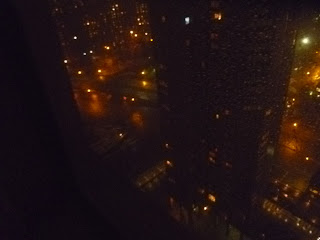 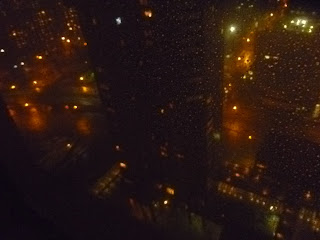 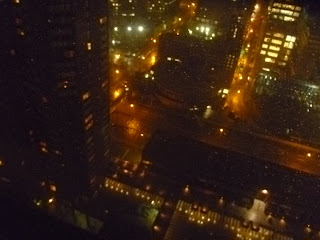 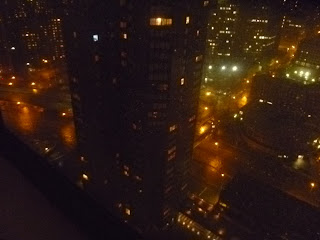 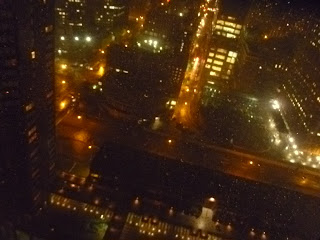 October 31- Halloween
The storm that began as Hurricane Sandy and grew into Superstorm Sandy finally dissipates over western Pennsylvania. Today it's sunny and the East River is now calm: 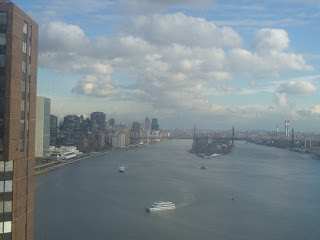 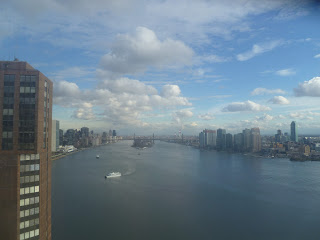 I head over to Peter Cooper Village to check things out. On my way over I see lots of debris in the marina: 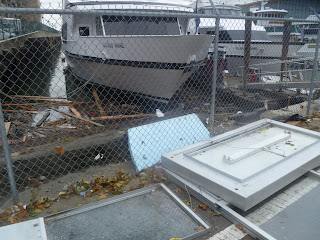 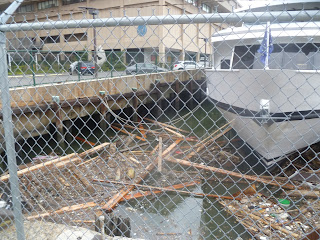 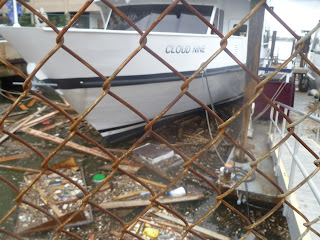 A big tree was downed on Asser Levy Place: 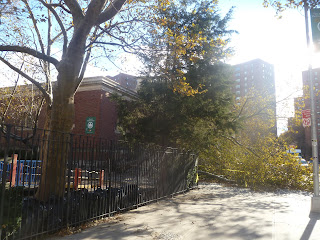 At PCV I head straight for the cherry trees. I approach with trepidation, but to my relief the first thing to greet my eyes is  the sight of two black squirrels chasing each other around a tree like they are dancing sround a maypole -- and lo and behold, they turn out to be Alphie and Sweetie! They are both fine, having survived The End of the World Part 2. Such brave litle squirrels. 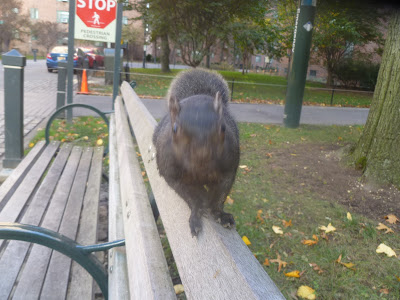 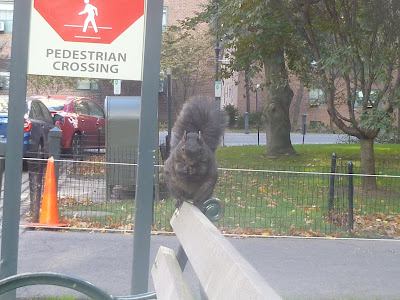 I see that Sweetie's tree is still standing and the nest is intact. Whether there are, or ever were baby squirrels in it, is open to conjecture. 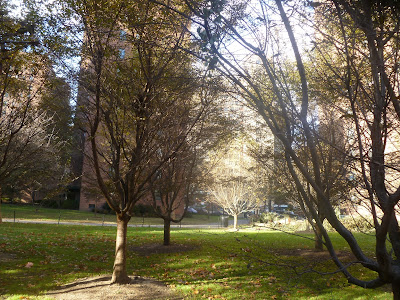 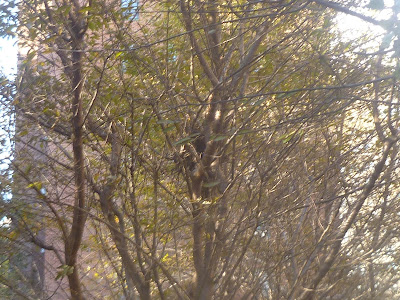 Unfortunately one of the great trees has fallen.

﻿
Many squirrels will be missing it this winter.


On the way to look for Spunky, I see more damage: 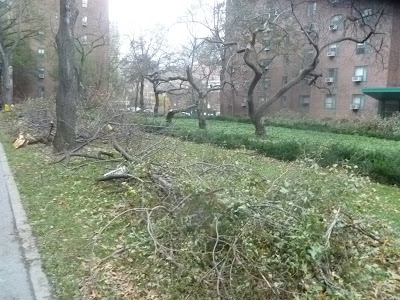 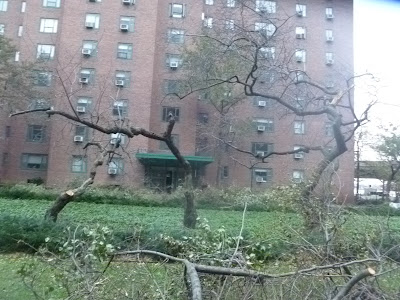 I'm glad to find Spunky and the gang all doing fine. They have survived the Storm of the Century. All four black babies come out together this time. Guess they've decided that compared to Superstorm Sandy, I'm not all that scary.

I speak with Naomi, a PCV resident who still has no eta for power in her building: