The Short End of the Stick

There's no doubt that squirrels get the short end of the stick. And New York City squirrels live, not in a friendly forest full of food, but in parks where the food supply can be scarce. Enter people. I was approached the other day by a mocking guy who was berating me for feeding the squirrels. Why? Because they're nasty creatures who bite little children! Because I can't possibly make a difference in their lives! He asks: do you think you can save every squirrel in the city? He says this as he's standing there holding a plump, perfectly groomed little pooch,who is obviously well cared for. What gets me is that people who obviously love and care for their pets or their children, just can't make the connection. But that's just the way I see it.

Squirrels are forced to live in a hole in a tree, forced to contend with the elements. When it storms, when it rains, when it snows, they're out there taking it. There are no cozy jackets and booties for them! 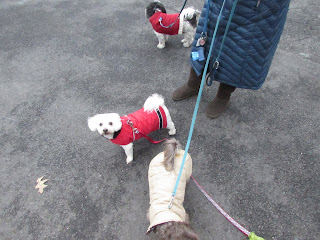 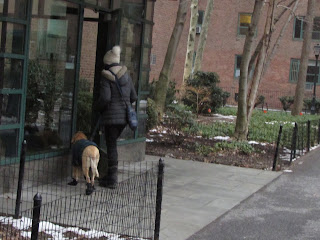 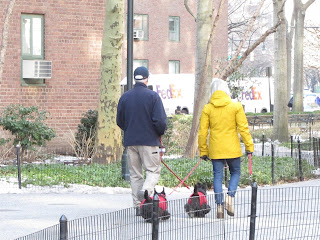 On top of all that, there are predators out there waiting to kill them, and the squirrels know it. I went out yesterday and threw some nuts on the ground, and as squirrels scurried to get the nuts, there was a flash of wing: a large red-tailed hawk swooped down, not for a nut, but for a squirrel! I threw some peanuts at him and he took off as if they were bullets! Then he went back to his perch on a tree to play the long game, the waiting game. He looked pretty scrawny, like he needed a good meal. I wish we could teach them to eat nuts. 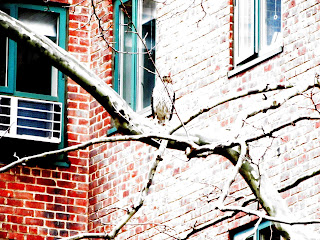 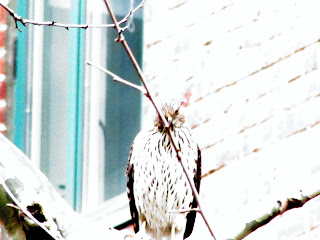 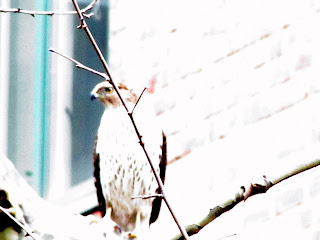