This morning I was having a delightful photo-op with Black Patch, who seemed to enjoy posing for me (while keeping the patch out of sight). 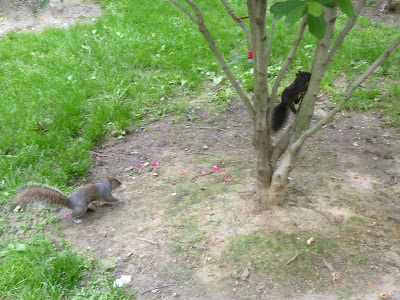 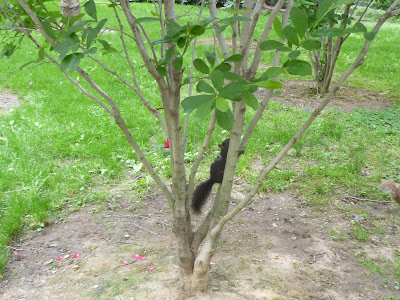 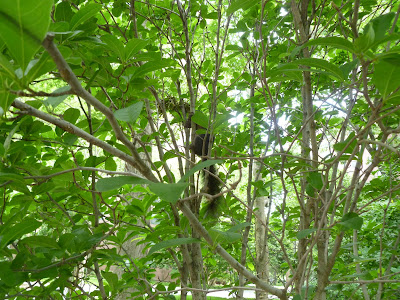 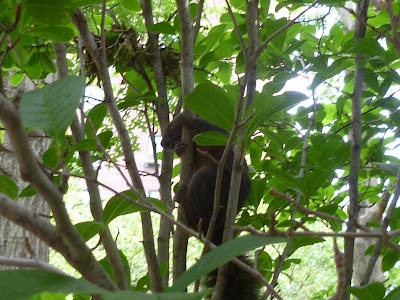 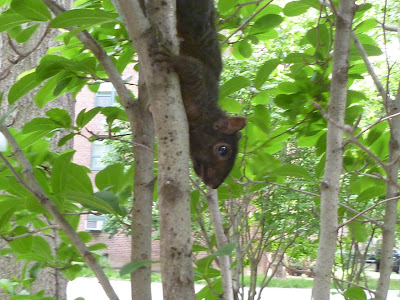 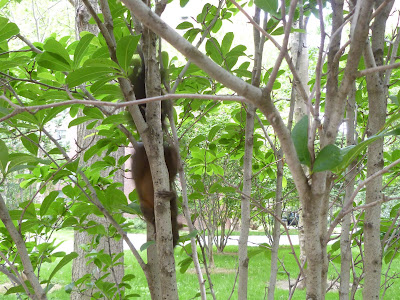 When we were rather rudely interrupted by a woman who appeared out of nowhere, asking. "Do you feed the squirrels often?" Now I saw this as a leading question, like when a potential mugger asks, "Do you have a light?"

So I tried to ignore her but she persisted, and soon we were engaged in one of those knock-down drag-out affairs that sometimes draw crowds. She was going on about much the squirrels annoyed her, and I in turn was going on about how much the dogs annoyed me! I mentioned how every time I looked to the left or to the right, I saw someone's dog taking a poop!

She pointed over to where she and her companion were reading the Sunday Times, which was spread out all over a bench. Apparently a brazen squirrel had approached them, begging for a peanut, and apparently she begrudged the little squirrel his lunch! Soon, I imagined, she and her friend would be going out for a nice Sunday brunch. Since I was nowhere near their bench, what did this have to do with me? Well, I was encouraging their annoying  behavior by feeding the squirrels, you see.

At the moment  I wasn't even feeding them, simply taking pictures of  the lovely Black Patch, who was getting into some  adorable poses. But this woman's attitude got me going and it soon became a rather heated exchange. As her companion called out to say that Security was on their way over,  a tall man suddenly appeared and stepped into the fray. He started lecturing the couple, sounding very authoritative with his British accent, telling them that the squirrels had been there long before they were. I was speechless!

I thought I'd better cut out, as I was supposed to be meeting my friend Bernie by the fountain soon, so could not afford to get thrown out of the park by Security. The altercation continued as I slipped away, kind of regretting that I couldn't stay. Later the good samaritan and his companion caught up with me by the fountain and I thanked them for their support. They  told me how much they loved the squirrels, thought they were charming, and the best thing about Peter Cooper Village. I heartily agreed!

But I can see the two sides more clearly now. This little brouhaha illustrates the strong feelings that run pro and  con feeding squirrels at PCV.  We cannot ignore the whole thing as we'd like to do, because it is an issue that is not going away.
Posted by Admin at 9:27 PM