For Colored Squirrels When the Rainbow was Enuff

Yes, the rainbow of squirrels at Peter Cooper Village was already enough! We have gray squirrels and black squirrels, and some wonderful in-between squirrels who come in various red and brown hues. But this year we were treated to a few extra colors. Who knew?

Orange
First, we had the Orange family, a rather large family of squirrels that live in  what we called The Orange Tree. There are several adults -- mommas and poppas, we guess  -- and a big bunch of little ones. I was never able to count them all. They are basically gray squirrels, with orange tails and orange streaks through their fur. The little ones started out totally orange, but in the following pictures you can see the gray coming through and starting to replace the orange fur. This little one was badly devastated by the cold weather, and is still in the process of recovering. He is currently being fed every day, and has a good appetite and energy. 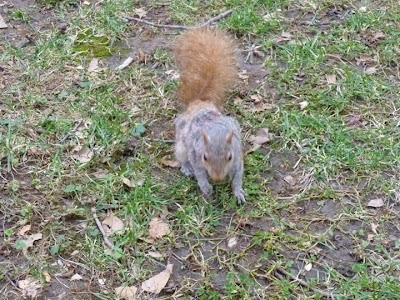 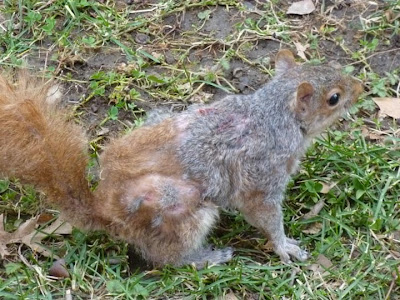 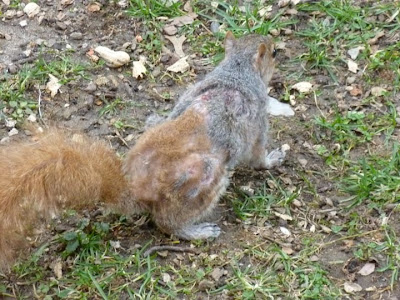 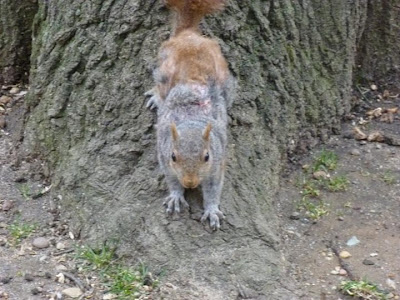 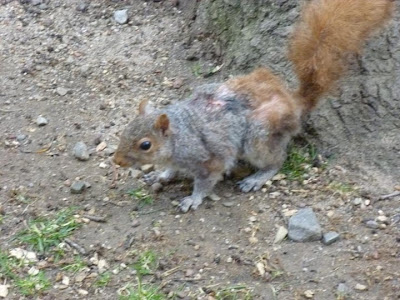 Burgundy
As if that weren't enough, we now have a very gorgeous burgundy squirrel! Quite unusual coloring that I've never really seen before. I tried to capture it on film, but she is unusually skittish and quick,  sort of like a purebred race horse. Each time I went to take her picture she moved! But I hope I got enough to show off the beautiful coloring - the deep, blue-black ebony, offset by the gorgeous burgundy. 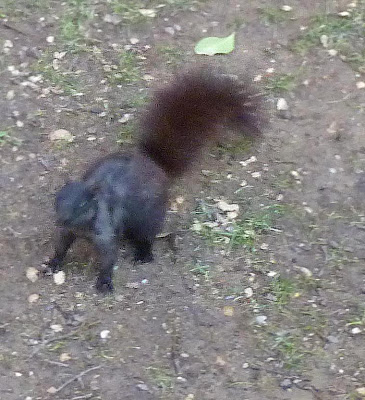 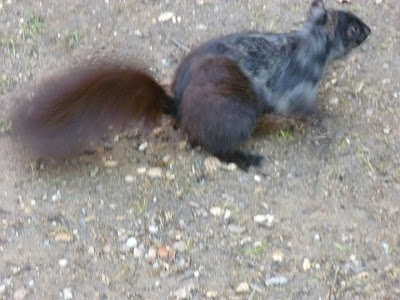 The squirrel is suffering some nutritional deficiencies but is still beautiful and has a distinctive bearing -- a certain kind of nobility perhaps? Royalty? Imagine the babies! King Rama, we need you! (assuming it's a she) 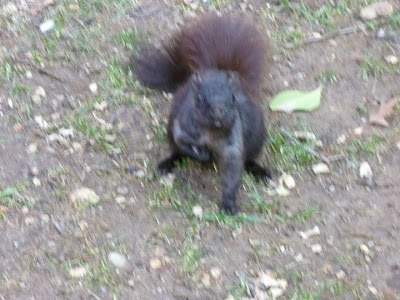 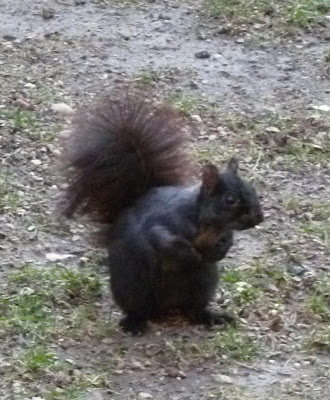 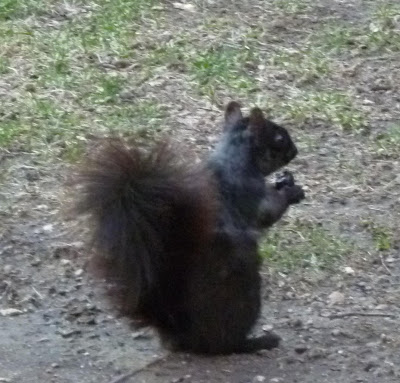 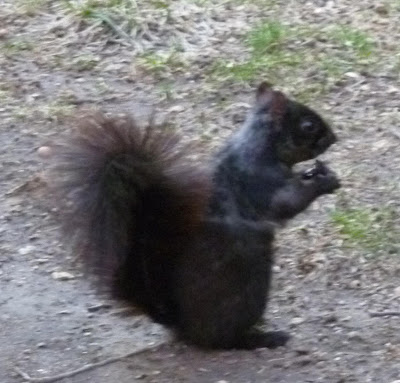