But at least it's not snow! 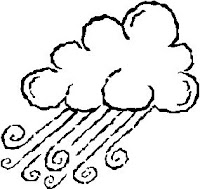 However, the winds are fierce and still very hard on the squirrels, who took such a beating last month.
Sorry to report that we have been finding quite a few dead squirrels and ones that have been rescued are in such bad shape that they die quickly. It's just been too much for many of them. Some would say that this is nature's way of controlling the population. But I cannot buy the idea that sentient creatures should suffer so. I believe that if people were truly aware of this, that they would do something to try to prevent it. It's been very hard on Bernie, as a rescuer. I think we may have lost Tubby, Mr. Operator and Spunky this year, as I bave not seen any of them in quite a long time.


Dead Squirrel by the side of the road 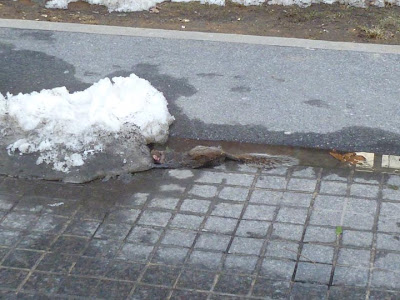 Below are some of the survivors.
The surviving twin of the orange that died doesn't want to show us her bad side. 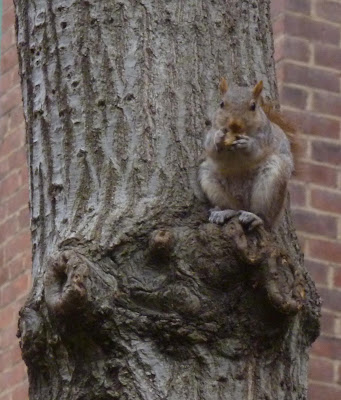 But we manage to get a peek: 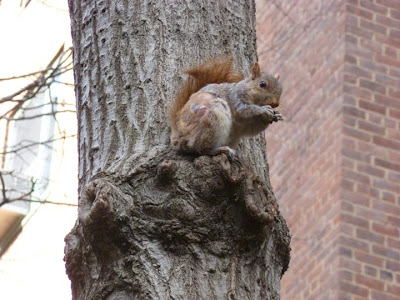 We get in close: 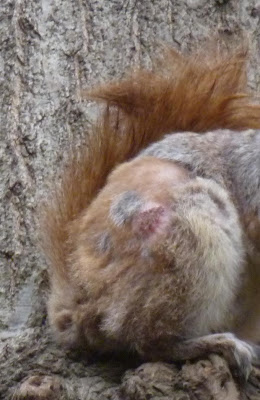 It's actually healing over, as it used to be an angry, raw, red welt. Thank you, Dan! You helped us feed this baby and bring her back to health. She has a ways to go yet, but her spirit is spunky and she is full of energy.

These two little guys have "the pink disease" -- a loss of fur that we're seeing everywhere now: 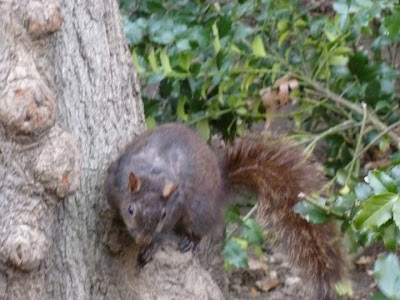 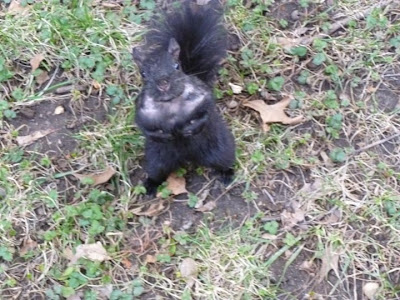 This is most likely mange, and it heals up nicely with good nutrition.
Assume the Position!
This little beggar has the pink "ring around the collar" that's so prevalent: 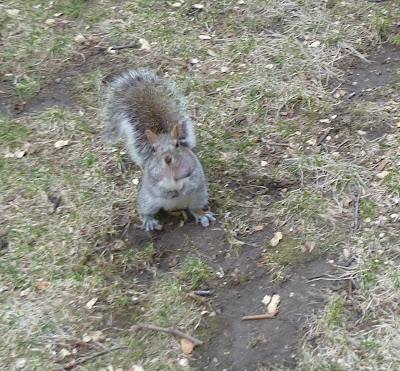 And this one has a deep gash on the side. 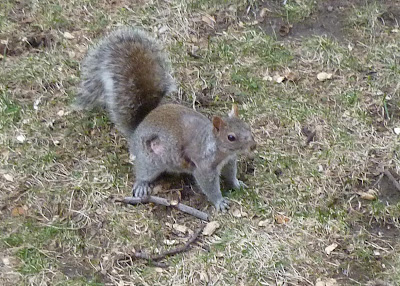 These guys are all gonna make it. Other squirrels who have survived nicely are Foxy and Brownie.

Here's Foxy in February after that last killer snowfall, looking a bit worse for the wear but basically healthy: 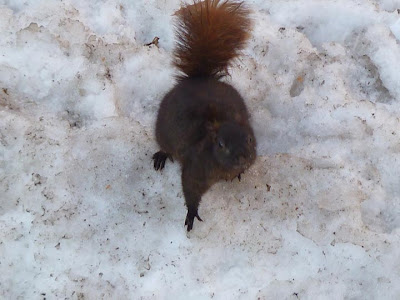