The Hawks are Back

We thought they were gone. We never saw a single hawk last winter, or since then.  Around this time last year I saw about 8 of them sitting all in a row on the rooftop of one of the buildings in PCV, and they suddenly took off en masse flying south. That was the last hawk sighting, and we were thinking that they didn't take to City living (we don't think they belong here either).

But while Bernie was releasing Babyboy in PCV today, he called to tell me that there was a hawk there, eating a black squirrel as he spoke! And a visit to the Urban Hawks blog shows me they are alive and well in NYC. 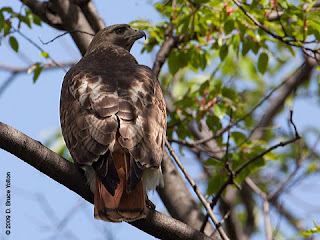 How much do hawks eat?

According to a falconer:
An average sized female redtail (say 50 oz) which is commonly though erroneously called a hawk- can eat a large squirrel, three rats, or a medium sized rabbit every day when being flown in the season with ideal weather.  If it's very cold, the bird will eat more.  (redtails are actually in the buteo family- buzzards.

How do hawks eat?

Hawks rip their food into small pieces with their talons and beaks, then swallow the chunks.

The hawk picked up its prey and flew toward a large nest in the tall tree by the flagpole. Bernie's concerned that it may be the hawk's
nest. If so, that means it's settled in here at PCV, and could pick off a squirrel a day through the winter, easily ravaging our population single-handedly.

We need to watch that nest for signs of the bird. Unfortunately Bernie didn't think to take a picture of the hawk, but here is the nest it flew towards: 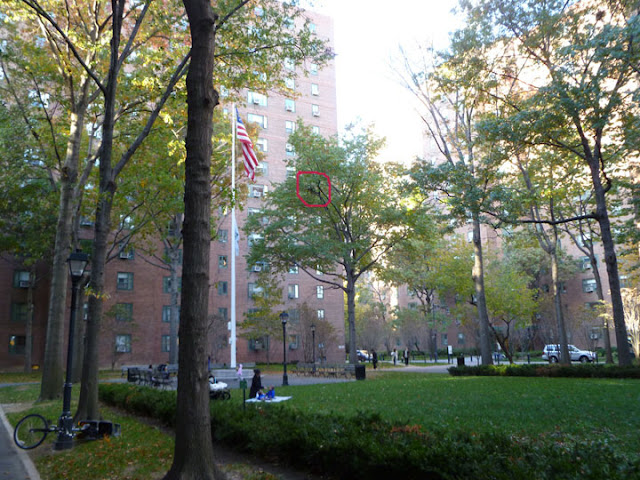 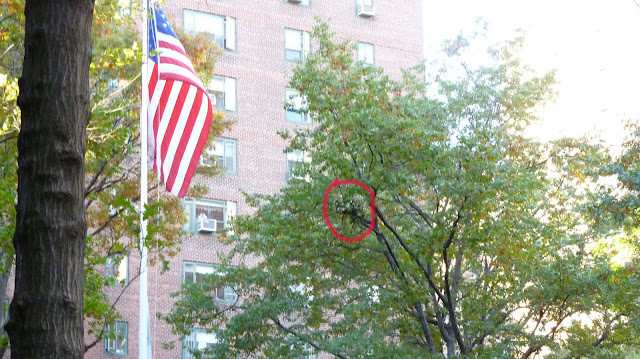 I'm concerned because  Spunky, Tubby, Brownie and Mr. Operator all live in this area. If something happens to any of them there will be hell to pay. 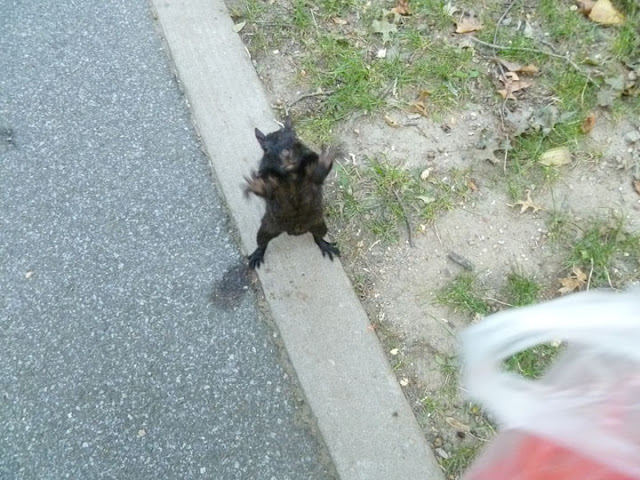