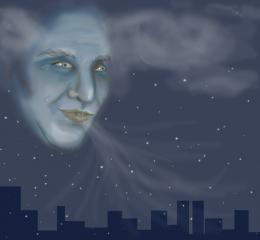 It was cold out there today - brrrrrrr! - even though the sun was shining. And it had been a stormy, rainy night, so I had to go out to check on my fuzzballs. The squirrels were all sitting like statues at the bases of trees, just staring at me, shell shocked. As if I was somehow to blame for this sad state  of affairs.   I cried out to them, "Hey, don't blame me! I'm not Old Man Winter! Just because I bring the food doesn't mean I bring the foul weather!"

But they were just not running up to me as usual. Except for Alphie, who came bounding over in his typical exhuberant way. A little cold weather didn't phase an alpha squirrel. Such a darling!  Eventually the two black babies came down from the tree. I'd been worrying about them, not having seen either of them for a few days. One has grown a thick fur coat  and looks to be twice the size of the other one. I worry about the little one. I fed him well. The red baby, the one I call Red, has grown a luxuriant auburn coat and looks quite large now. Of course I know there's just a little guy hiding beneath that crowning glory. Speaking of which, Pinky is the King! His big fur coat amazed me as it glistened in the sun. Spunky has also a grown a nice thick coat finally, and actually looks very beautiful, as opposed to her usual scrawny self. I know I'm partial to blacks, browns and reds. But my special pet of course was a gray squirrel named Patches. Patches is not around to see the winter.

Check out the Fur Gallery:
﻿
﻿ ﻿
﻿ ﻿
The smart squirrels are all sporting their new fur coats now, and looking smart and stylish for winter. 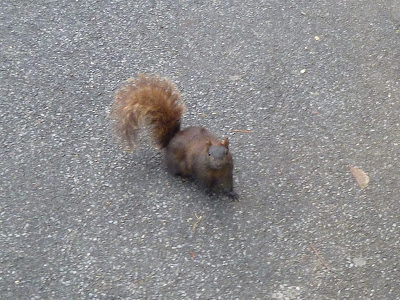 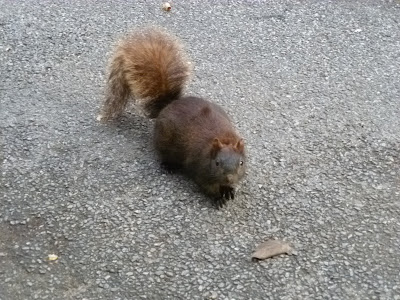 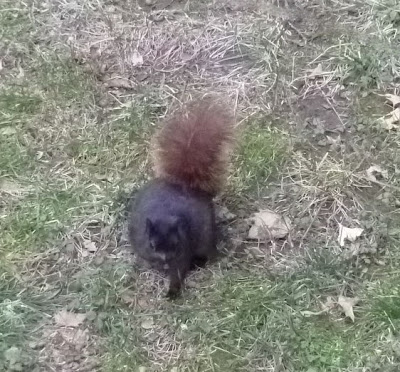 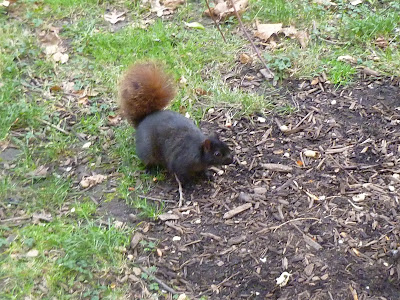