So far we've been lucky with a mild winter. Often there are harsh storms in February, around Valentine's Day, but so far we've had unusually mild weather. The squirrels are for the most part doing fine, unlike last year when we had many frostbitten and frozen squirrels.

We've had that one snowfall and since then really no snow to speak of. Now and then we'll find a thirsty squirrel due to the paucity of precipitation. 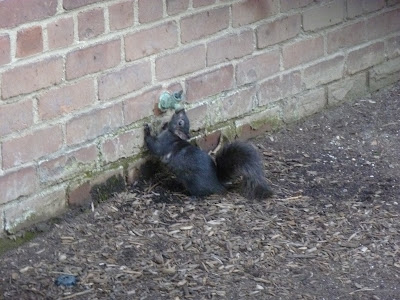 In warmer months squirrels can get enough water from chewing on bark, buds and plants. But in winter it's more of a challenge. So we bring them things like avocado, grapes and cherries.
﻿
Winter pruning has removed many hiding places for squirrels. 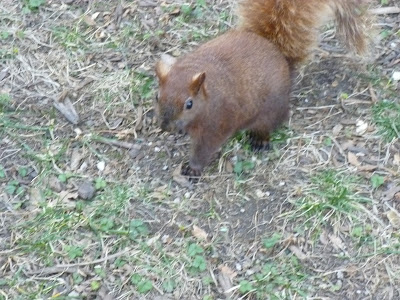 The babies we worried about at the onset of winter are all doing well so far. 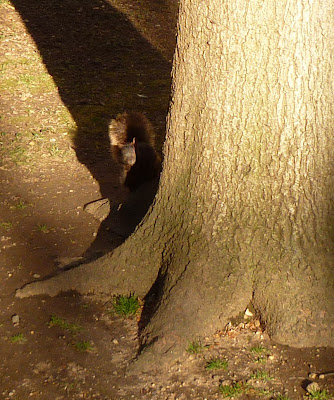 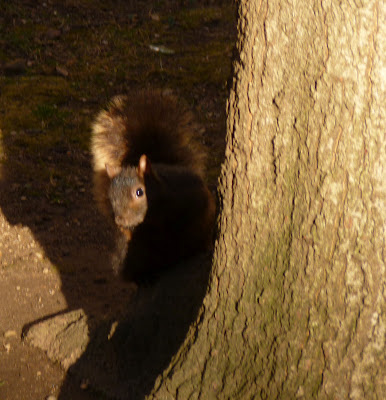 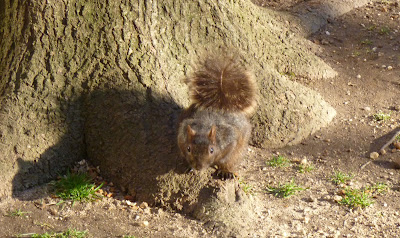