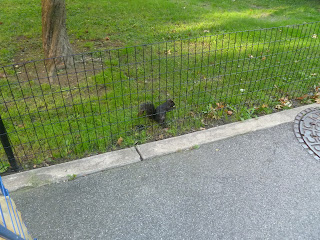 Once upon a time there was a funny little squirrel who seemed to have a spell cast on her that
was preventing her from leaving the fenced area where I would always see her.

She lived in a beautiful field. 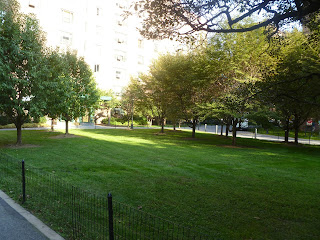 But she couldn't get out!  The most  enticing nuts would be lying just out of reach on the other side of the fence, but the little squirrel was mysteriously unable to jump over or squeeze through the fence to reach the nuts. Nor would she jump over the fence, which was an easy thign for most squirrels to do. 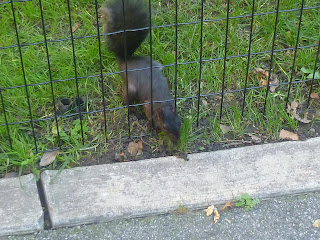 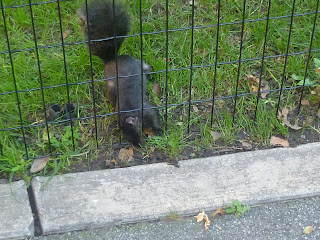 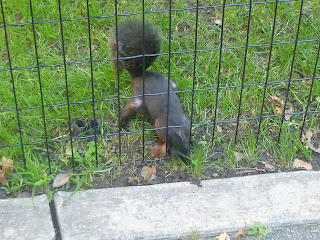 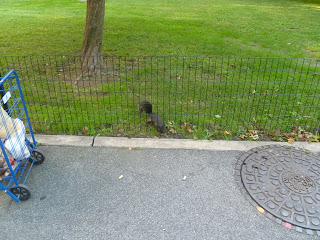 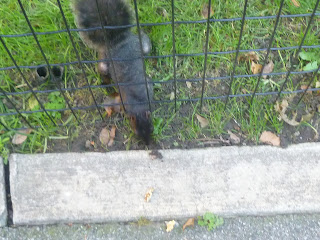 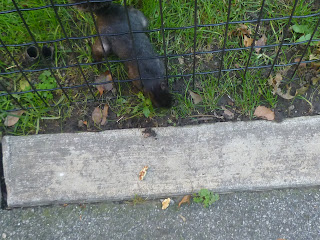 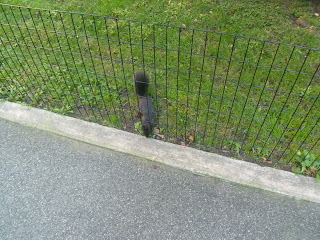 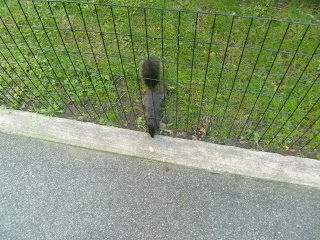 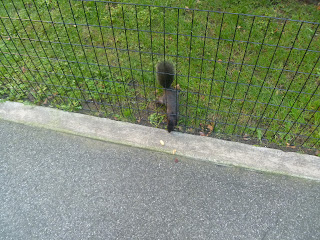 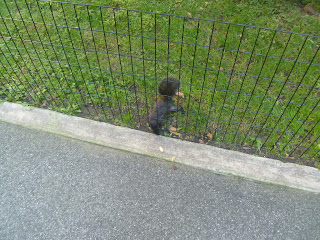 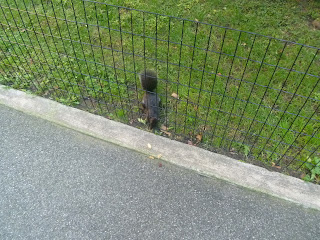 Something was stopping her! It called to mind Luis Buñuel's The Exterminating Angel, where the guests were unable to leave the room they were in. Each time one of them got near the door they'd turn back for some mysterious reason.

I've been watching this squirrel for several weeks now. Whenever I walk past I see her in there, usually by herself. Sometimes she'll be chasing pigeons, perhaps to relieve the boredom. Perhaps she's waiting for a handsome squirrel prince to come along and break the spell? Meanwhile I'll keep throwing food in, because as can be seen, she does have a fairly bad skin condition. 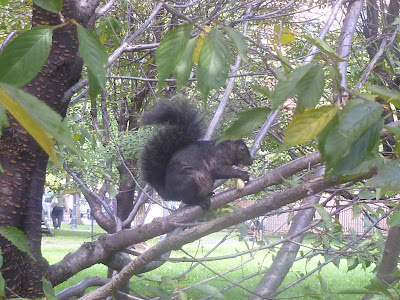