She has a name now. Getting named is not so much an honor as an indication of a relationship with me. I started paying attention to Sweetie when she wouldn't go through the fence to get a nut, no matter how hungry she was. I had called her an enchanted squirrel because she acted like she had a spell on her. Silly me! I had  failed to notice her secret!

The other day  I was once again playing the game of trying to get her to wriggle through the fence when it suddenly dawned on  me why she wouldn't do it -- Sweetie was pregnant! And she wouldn't risk hurting the babies by trying to push them through the fence. A mother squirrel's wisdom prevailed. Sweetie was a lot smarter than I was.
Many squirrels have hair and skin problems when they get pregnant, but Sweetie is  badly inflamed. 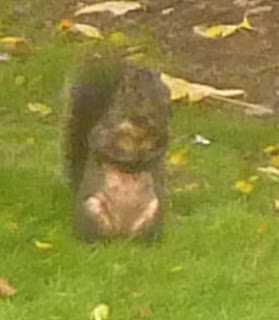 I'm trying to help her by giving her good nutrition. She's getting a varied assortment of nuts as well as avocado and peanuts.  She's very appreciative and we have become friends. 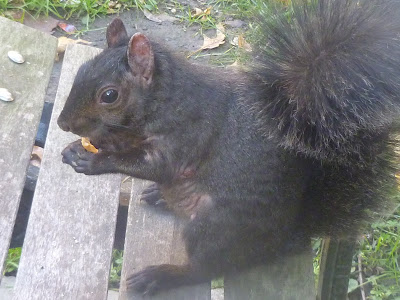 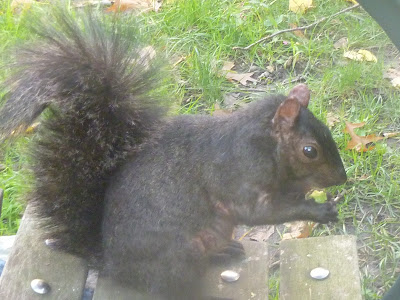 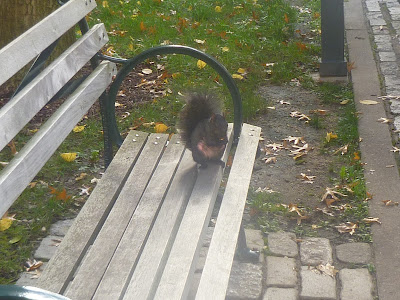 This looks like the nest where Sweetie's babies will be born, or possibly have already been born. It's hard to tell. Hopefully her health has improved from all the good food she's been eating. 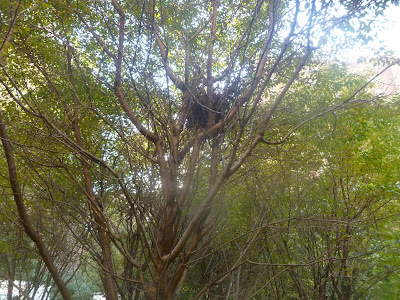 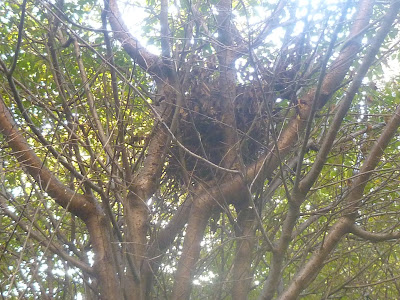 I hope the babies will be safe from the hawk that was seen nearby the other day.

But now there's something else to worry about -- Sandy -- the frankenstorm that's approaching --  a tropical hurricane combined with a winter snow storm coming out of the west, combined with a blast of arctic air from the north.

If Sandy hits New York City Sweetie's nest will probably be blown away. When I think of that, of all she has done, and the fact that there is nothing I can do to prevent that, it makes me very sad.


postscript
I was watching Alphie's behavior with Sweetie. Normally he pounces on any squirrel that comes near me - he's very possessive and wants me all to himself. But he leaves Sweetie alone. I have a picture of them eating side by side. Very unusual.
It suddenly occurred to me that Sweetie could be Alphie's mother! I had totally forgotten about his mother, but she was a little black squirrel with a bad skin condition just like Sweetie's, in fact I'm pretty sure it was her. She may not be that pretty but she makes beautiful babies.