What a Difference a Day Makes

Well, my talking squirrel did not talk at all today, so I have to conclude that she had been talking more out of pain than of pleasure. But today Gray Momma did not have the appearance of being stressed. She ate a lot again, but in a calmer manner, as if she had food security. Her fur and tail looked much better, and her tail was springy.

I'm commited to going there every day now, rain or shine, until she looks fully well.  She has a way to go, but I was encouraged by what I saw today. She's going to be okay! 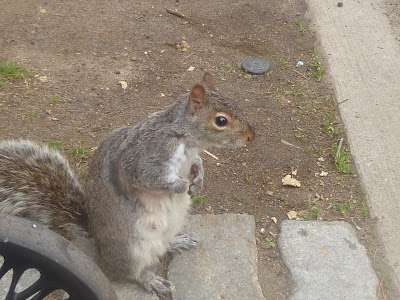 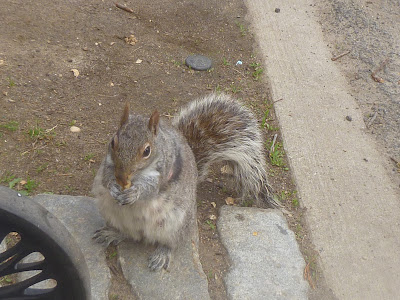 PS - Gray Momma has a lot more energy now. She chased a young squirrel all the way to the top of  her tree, then forced the squirrel to jump to another tree. The two then had a stare-down for a while, after which, GM jumped over to the other tree! Then back down to me. I guess the squirrel learned a lesson.