The next day I go back to check on Cinnamon. I see evidence of a hawk's presence. 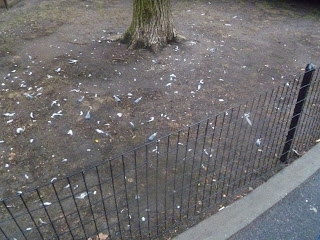 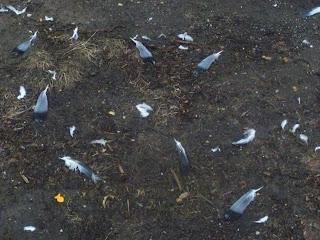 I think Cinnamon looks a little bit better today. Or is it wishful thinking? 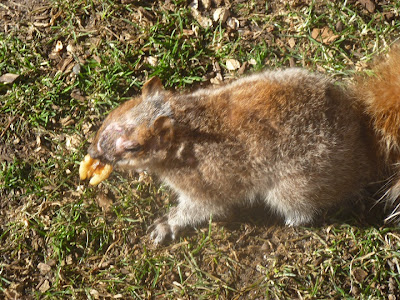 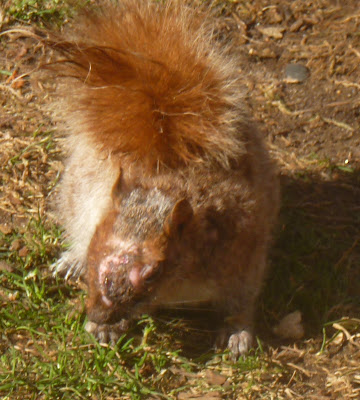 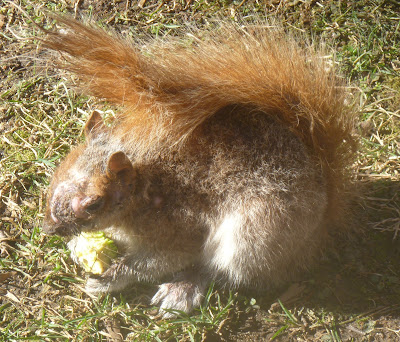 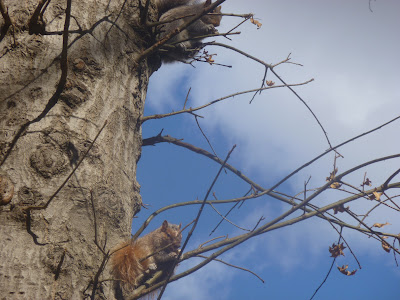 Sad ending: the next day Bernie came by with the net  to catch him, and found him dead by the base of the orange tree. He may have frozen to death or he may have died of an infection. We don't know whether he was tossed out of the nest and died or died in the nest and was then tossed out.
Posted by Admin at 2:29 PM