We found three little black squirrels who were in trouble after Nemo. They all appear to live together in the same tree: In this hole we call the Infirmary: 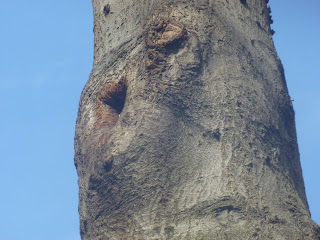 Have Trap will Travel
Today Bernie brings his trap and his net and we set out to rescue some squirrels! We start by looking for the three injured black ones. As if by magic, they show up one after another.


Bad Paw
The first one to find us is the one with the injured paw, who comes right over to me. He must be very hungry. 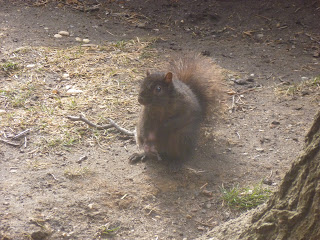 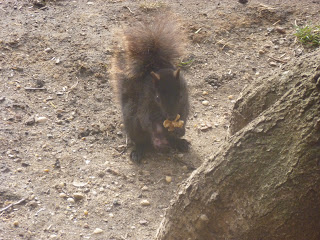 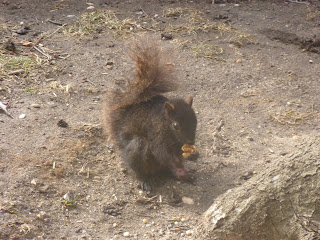 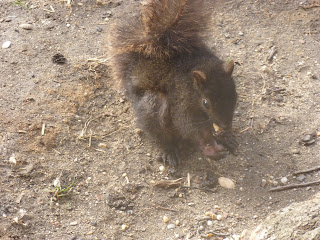 Bernie tries to catch Bad Paw in the net but misses, and the frightened squirrel runs away. He disappears over by the wall of a nearby building. We notice an open hole in the wall and Bernie looks inside but doesn't find him there. When squirrels want to disappear, they know how to disappear. 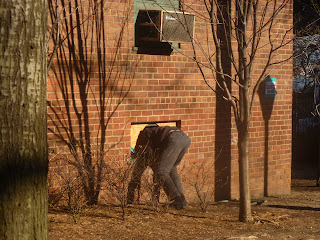 It's sad, because Bad Paw is badly in need of our help.

﻿Bad Foot
We then turn our attention to Bad Foot who is the next one to materialize. Perhaps because she is unable to run away, Bernie catches her easily. Needless to say, she isn't too happy about it! 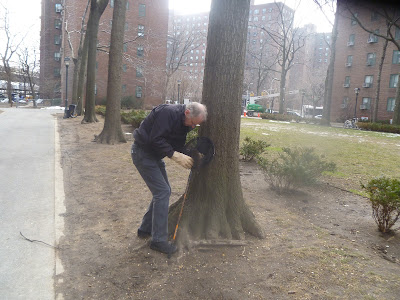 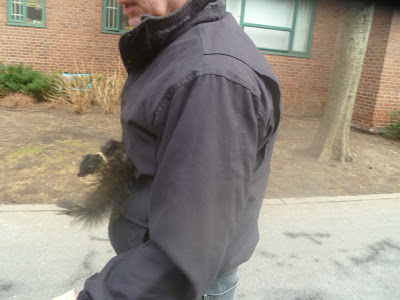 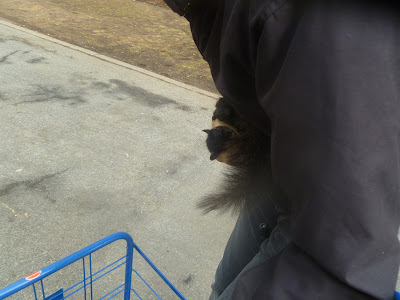 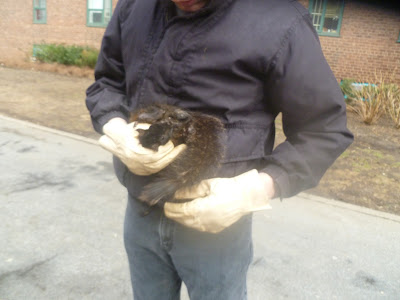 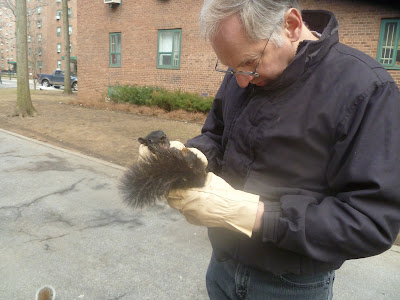 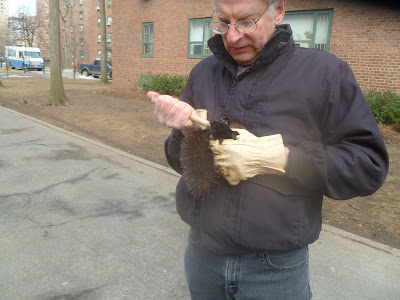 Bernie takes Bad Foot uptown to the vet's in a cab, where she gets tranquilized, hydrated and treated with antibiotics. She lost some toes but still has her foot. Yay! She is doing very well and is now recovering at Bernie's.

Bad Ear
Meanwhile, minutes after Bernie leaves with Bad Foot, Bad Ear shows up. He does not look good and cannot eat-- not even soft food: 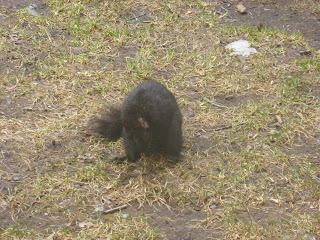 Bad Ear looks worse than he did only two days ago: 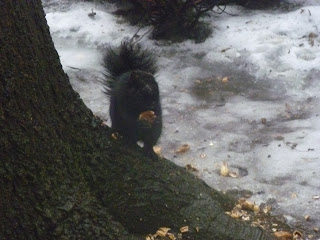 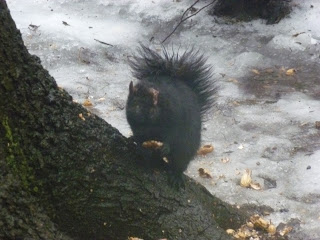 The squirrel eventually runs into the bushes and up a tree on the other side of the green. I see that he was still able to get up the tree but a short while later he falls from the tree, unable to keep his balance. He then goes into the bushes where a worker tries to scare him out by beating a stick at him. The terrified squirrel crawls out of the bushes and tries to go up a nearby tree and I try to catch him in the net, but that fails and he takes off across the green and goes back into the bushes. While I'm getting the trap to place near the bushes, I'm told by bystanders that he came back out and went up the tree to the Infirmary! He disappeared in there and did not come back out. Bernie gets back and we spend the rest of the afternoon waiting for either squirrel to reappear, but unfortunately neither does.

But the next day Bad Ear comes down again, and a neighbor finds him lying on the ground, picks him up and puts him in a box. When Bernie arrives he finds him still alive, and rushes him to the vet's, where they try to save his life. Tragically, after all the suffering he went through, the plucky little squirrel dies later that day.

Gray Mama
One more rescue attempted: throughout this period  I've been feeding a big gray squirrel who is rather a mess. She has come out every single day, which I think is how she's manged to stay alive. In the process she formed an attachment to me and trusts me. I've been feeding her avocados, grapes, peanuts and an assortment of nuts.


Bernie considers trying to catch her with the net but decides not to. 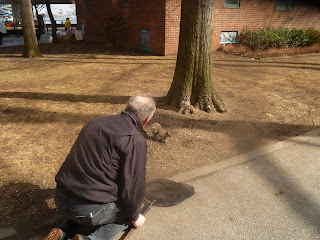 What happened to these squirrels is an example of how cruel and harsh winter can be on squirrels.
to be continued...
Posted by Admin at 6:08 PM