I found these pictures of Cinnamon that were taken less than 2 weeks before he died from the cold. Such a lovely squirrel. As you can see, he was very young and was a little ball of fluff with soft, feathery "baby fur". 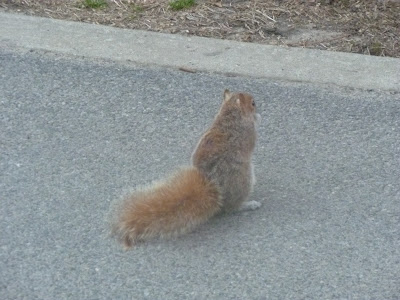 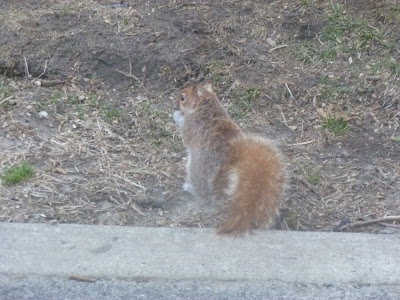 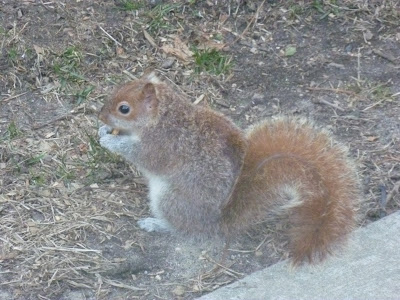 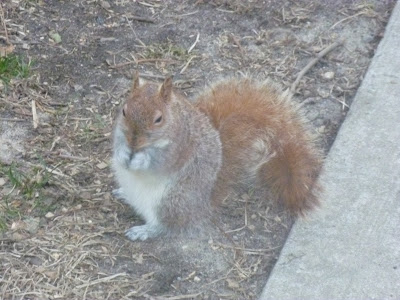 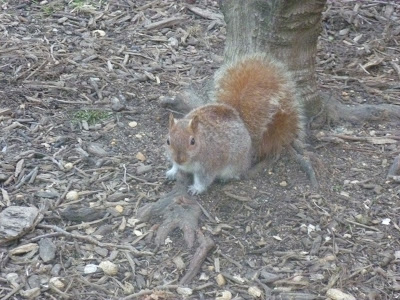 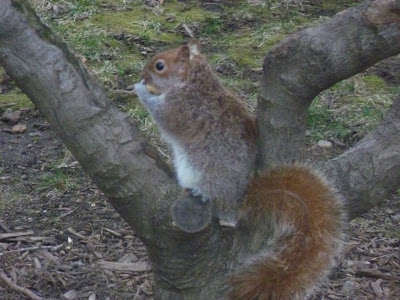 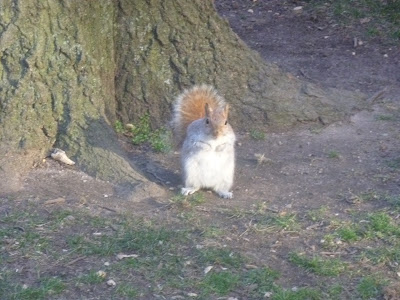 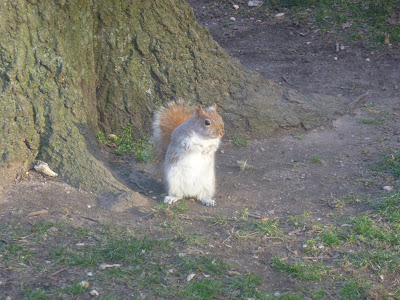 January 29
This picture was taken 9 days later, 2 days before he died: 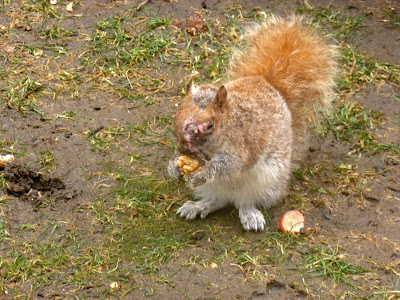 Cinnamon shouldn't have suffered and died the way he did. What a shame it was that there was no way to protect this little squirrel. When I see people walking by with their coddled pet dogs, I can't help but note the difference between the way people see their pets and the way they see the "wild" animals outside. Most of them enjoy watching the squirrels and do appreciate them, but they don't seem to "see" their suffering. It seems to me that people should start taking more responsibility for these little creatures just outside their door. I'm thinking in terms of providing three basic things: sufficient food so they don;t starve, siffcicient shelter so they don;t suffer or freeze to death, and medical treatment if they become ill. The same things that are so willingly provided for domestic pets.
Posted by Admin at 10:16 AM