So it's past the mid-summer mark now and the proposed New York City Parks Dept. rule that would ban the feeding of squirrels and other wildlife is still not in effect. However, a similar ban has been in effect at Stuyvesant Town and Peter Cooper Village for three and a half months now.

So what are we seeing?
Well the main thing I've observed is scanty tails on squirrels that aren't being fed. When you understand the importance of a tail you realize that a squirrel with a tail that's not in tip-top shape has a pretty serious deficit. A squirrel's tail is its crowning glory, and holds its power. Where the tail goes, so goes the squirrel.

This poor little female squirrel has actually lost part of her tail. She also has some kind of skin condition where she is losing her fur. 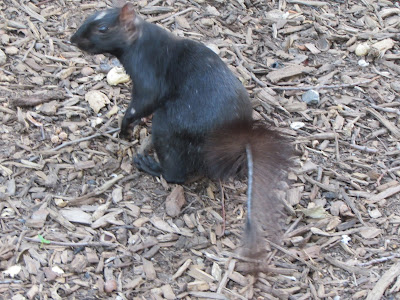 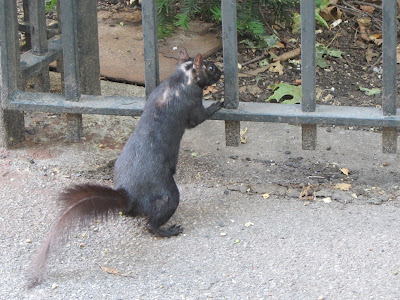 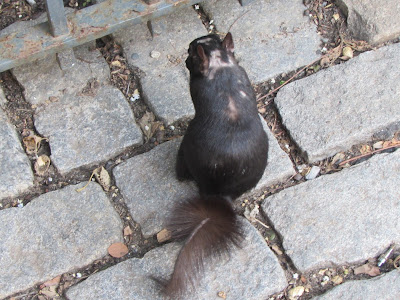 This poor little guy has a swollen eye. 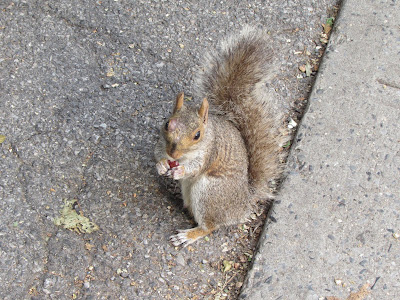 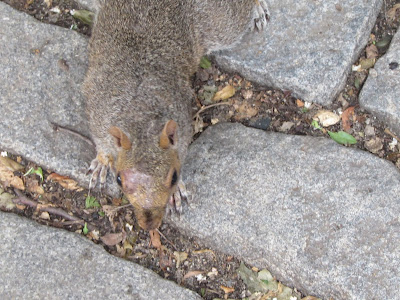 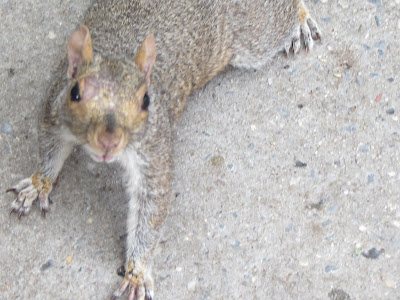 So these are the kinds of things we've been seeing. To those who are advocating just letting squirrels eat what nature provides, you can see that for squirrels in city parks, nature just isn't providing enough to keep them healthy.
﻿﻿
Posted by Admin at 5:46 PM