When we went over there today to trap the little fellow, his necrotic cyst had popped off, and in its place was a big bloody red sore. Nature had done the job for us: 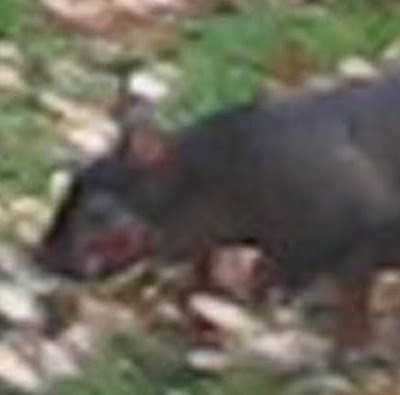 This was probably what happened to Dolly, except that her cyst was not external, so when it popped the toxins flooded her insides and poisoned her.

We now had to decide whether to trap the squirrel or leave it alone. If we trapped it we could clean out the wound. On the other hand, if we let nature continue to take its course, it would probably heal on its own, with much less trauma for the squirrel. 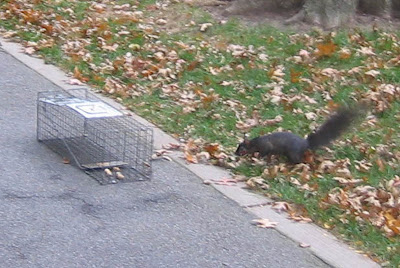 As usual, the squirrel had the last word. 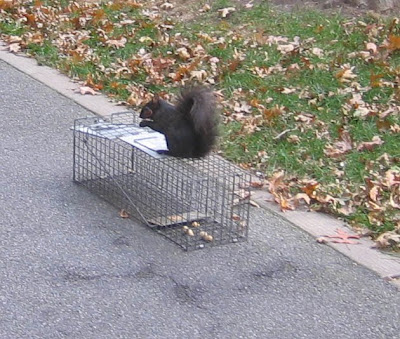 A couple of exterminators stopped by to observe our operation. Turns out they really love the squirrels of PCV and think they are so cute! It's the rats they have to go after. In fact they are not allowed to touch the squirrels. <* sigh of relief *>
Posted by Admin at 1:37 PM