How Sweet It Is! (Squirrel Love)


Let me tell you about the sweetest thing I ever saw.

A surprise...
I was walking in PCV the other day, and as I approached the Orange Tree, I saw two squirrels on a branch up there engaged in what appeared to be a squirrel's version of necking and petting. 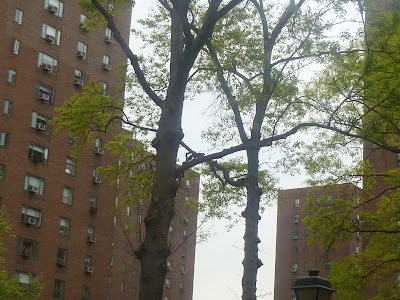 At first I thought they were mating. At one point it seemed that the male (on the left) was attempting to mount the female. But that didn't go far, and she wasn't making any of the typical moves to get away. Then it seemed like he was kissing her! And if that wasn't enough, when the male retreated after some more nuzzling, the female advanced and kissed him! 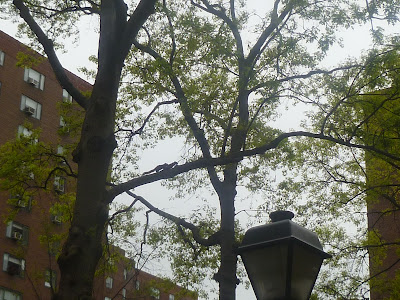 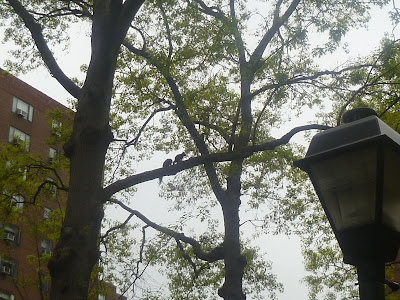 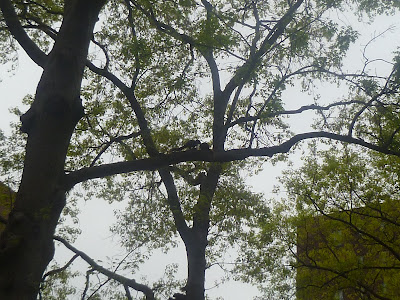 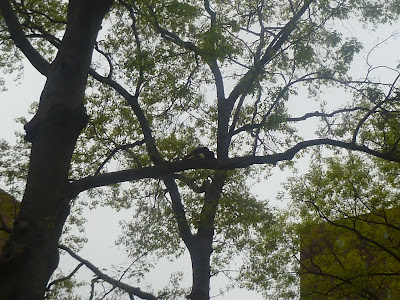 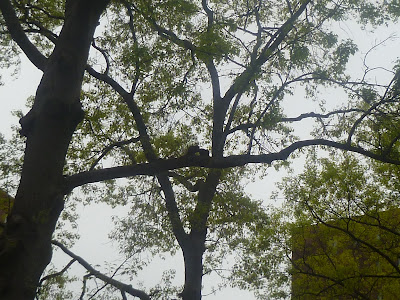 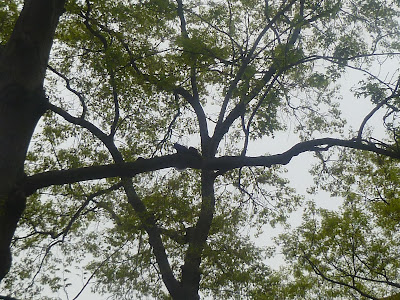 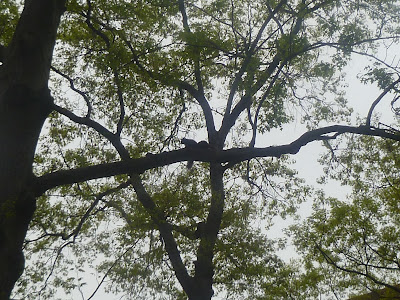 The next surprise...
came when I rattled the peanut bag, and the male interrupted his activity and came running down the tree, leaving the female sitting alone on the branch. I have seen females interrupt the mating process to grab a nut, but I have never known a male in the middle of mating to take an interest in eating. 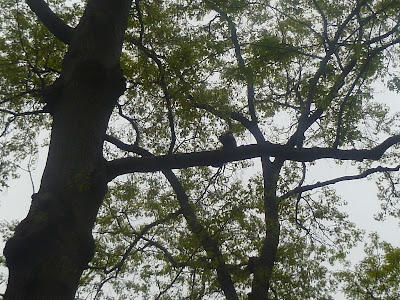 The next surprise...
came when the male reached me, and I saw that it was... Alphie!

Oh. My. God.
The next surprise...
was when the female followed him down. As she descended, I realized that it was none other than... Red Mama!
By this time I was completely bowled over.  It even occurred to me that Red Mama could easily be Alphie's mother, given their age difference (Alphie is a junior squirrel, just emerging from babyhood) and their similar coloration. And her current nest is in the Orange Tree that Alphie came from. If not, then kissin' cousins at least!

Will surprises never cease!
Posted by Admin at 8:35 PM