Having babies can take a toll on a squirrel. Here's an example of that. I call her "Red Mama" because when I first met her she was a nice big red colored squirrel, who was starting to have skin problems. Here's how she looked a month ago, on March 13. She was pregnant: 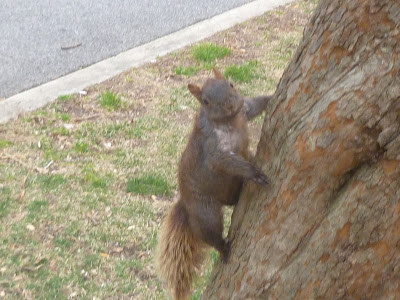 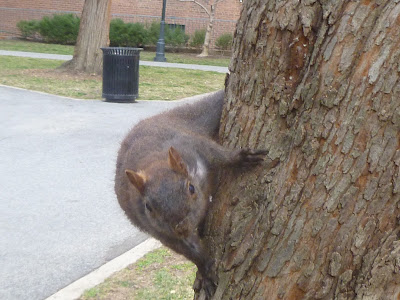 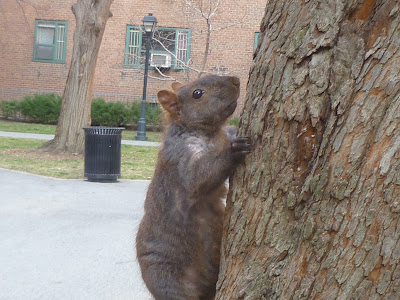 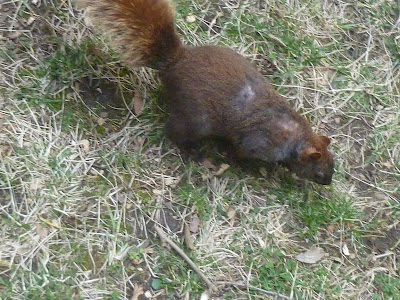 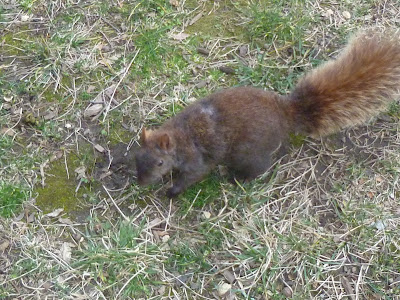 She was a beautiful color, as can seen in these pictures taken in the sunlight a few days later, on March 17, where she looks like an Irish squirrel! 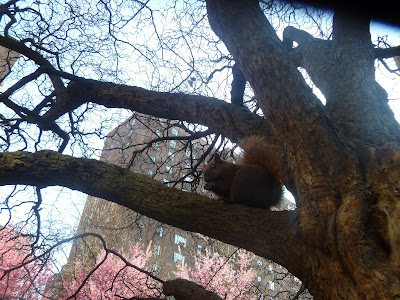 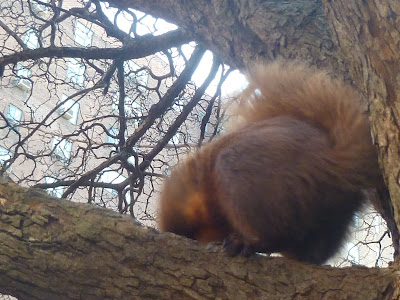 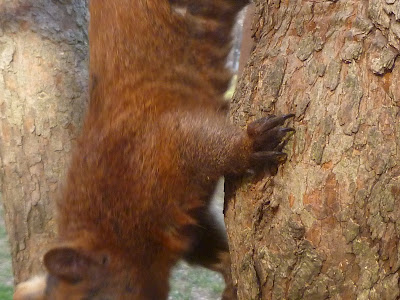 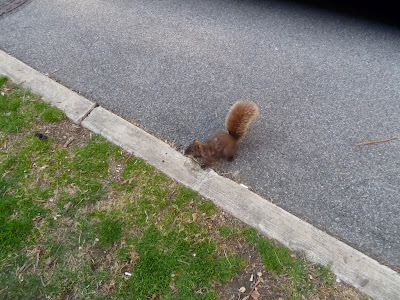 Here she is on 3/25. She was soon to have her babies, when everything would change. 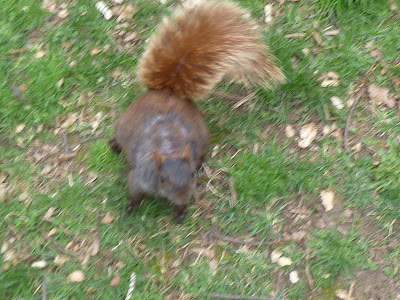 By 3/28 she looks thinner and darker, and her skin looks worse: I think she's had her babies. 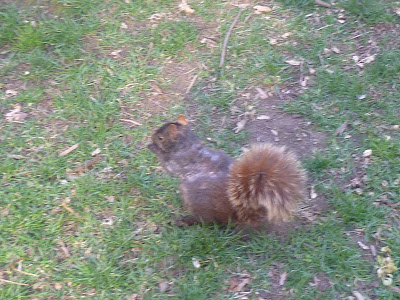 I barely recognize her. The  red squirrel has disappeared and a black squirrel has taken her place. Here she is coming down the orange tree, where her nest of babies must be: 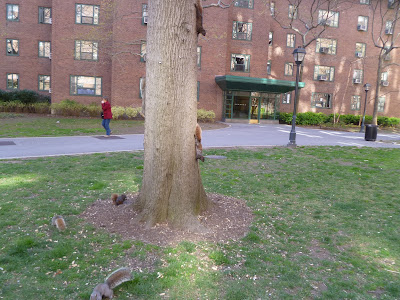 On April 10, a couple days after Easter, I was shocked to find her covered all over with bleeding sores. I had missed feeding her for a just couple of days -- could such a short time have made such a difference? Apparently so. 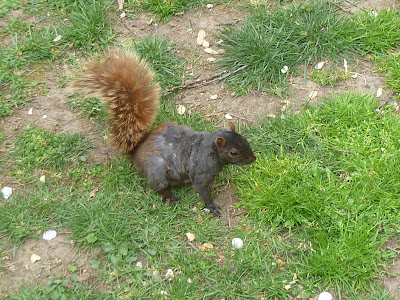 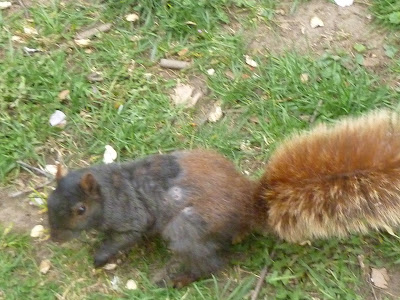 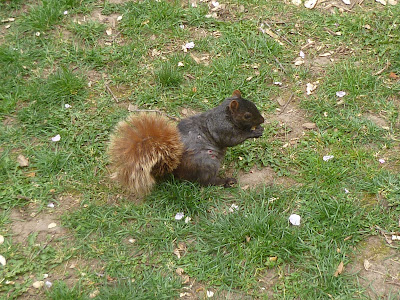 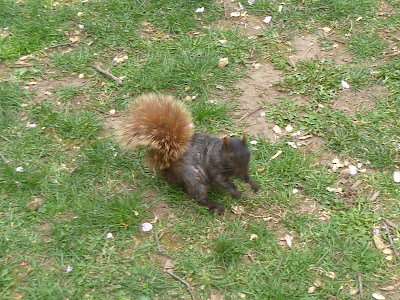 We started feeding her heavy-duty -- a variety of nuts, avocado and grapes -- and we never missed a day. A week later, on 4/18, she was fully recovered. Look ma, no sores! 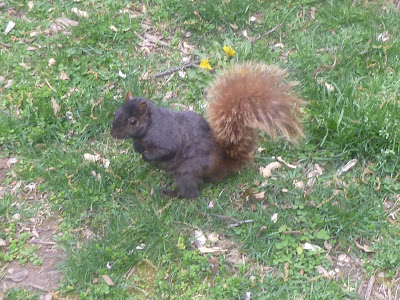 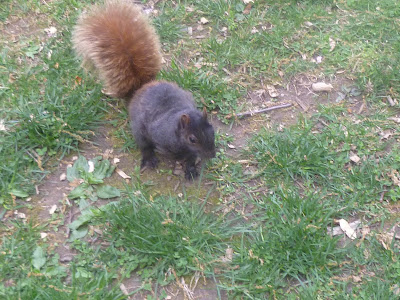 She has great energy now, a good appetite, and runs around like a normal squirrel. But she's a different looking squirrel from a month ago.