Bernie picked up this little squirrel in New Jersey, where he had fallen from his nest in the eaves of a house and landed on the porch. He was a bit bloodied but suffered no permanent ill effects. Within days his eyes opened and he was up and moving about. He's very strong and appears to be of hardy stock. Bernie has brought him over to PCV for a walk. 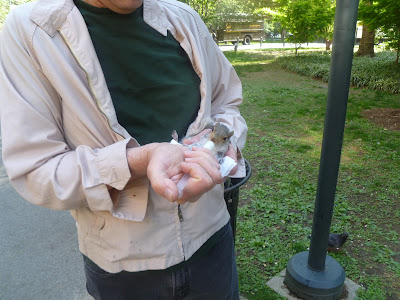 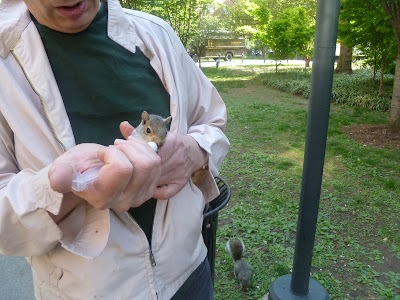 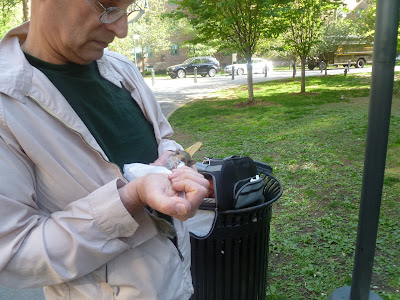 Bernie's thinking of leaving him in PCV to breed rather than bringing him back to New Jersey. PCV squirrels could use some new blood!
Posted by Admin at 12:25 PM