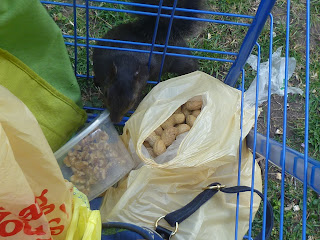 A  woman walking by hisses at me: "Are you feeding them?" With great emphasis on the word feeding. As if I was committing a crime. I don't see how anyone can be aware of hunger and not respond. Many people don't seem to notice the suffering that's going on right under their noses. It's almost like a parallel universe that they choose to ignore. 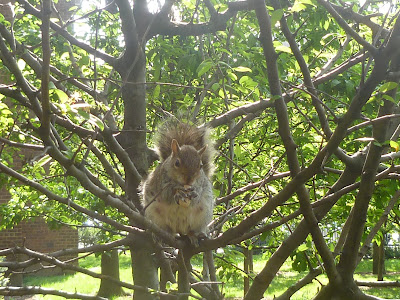 I was sitting on a bench by the west flagpole, sort of waiting for Red to show up, when I heard a rustling sound. I looked down at my shopping bag and through a hole in the bag I saw a squirrel eye peering up at me. There was a squirrel in my bag! It was the funniest thing, but before I had time to turn my camera on, out jumped Lady Squirrel - a very pregnant Lady Squirrel. She was being very agressive and I understood why -- she was famished. As were the other squirrels around her. I don't normally feed them over there and I'm wondering now if anyone does do it regularly. I've always assumed they did. The little squirrel called Red is beautiful and obviously well taken care of. But these squirrels I was seeing now obviously hadn't eaten in a while. Lady Squirrel ( I call her that because she was always eating peanuts in the rose garden before they cut the rose bushes back for winter) was hungry.  She also looked kind of raggedy. So I spent the next hour feeding her all sorts of nuts, spoiling her. 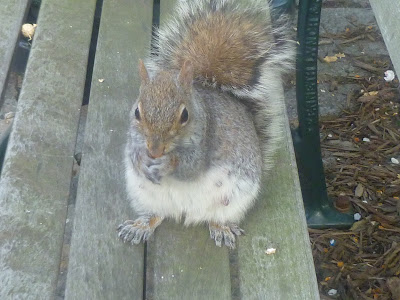 Other hungry squirrels came around too of course, and I must say, she engaged in some rather unladylike behavior, growling at those who tried to get close, and chasing others away. She acted like she owned me. It broke my heart.

I came back to visit two days later bearing avocado, and she ran up to me immediately and took up residence under my cart, only coming out for a nut or to chase other squirrels away. 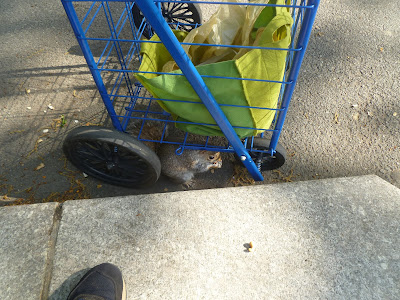 A couple days later, after some heavy rain and wind storms, I found her again. Or should I say, she found me? Whenever I go over there now she immediately appears, which prompts me to ask once again, do squirrels sit up there in the trees with telescopes, keeping watch?


I can't imagine not feeding the hungry whenever and wherever we encounter them. 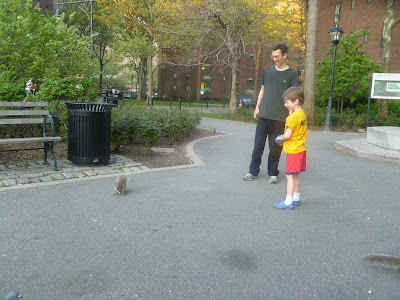 It does the heart good.