We haven't talked duck here in almost a year, so I guess it's time for an update - and nature calls. The water birds have been making their appearance again on the Cloud Nine float. They seem to gravitate to that float. It gives them a  gentle rocking ride when the waves come in, which they apparently enjoy. Last year TNYS fans will recall that we had a mother duck with a large brood of  ducklings: http://thenewyorksquirrel.blogspot.com/2011/07/duck-tales.html

April 23 - Lone Duckling
This year we see a mother duck with only one duckling. They look lonely! 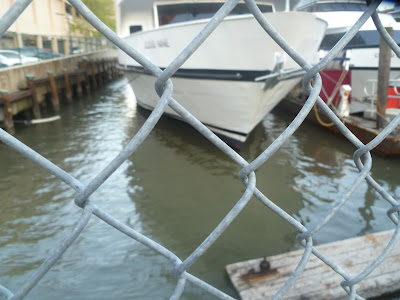 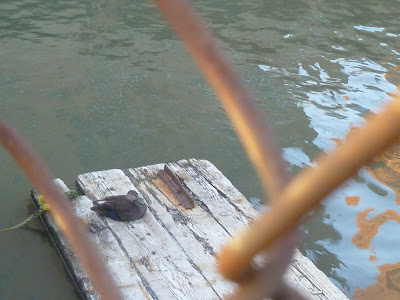 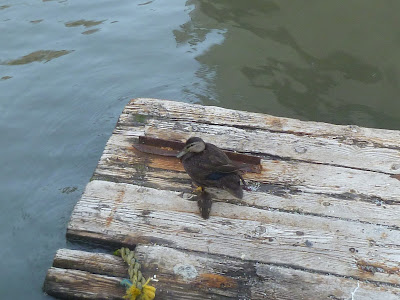 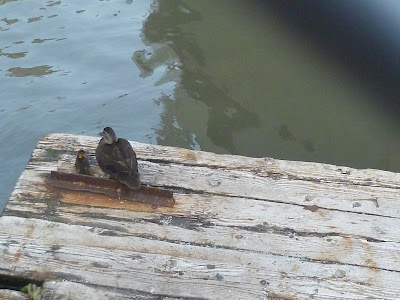 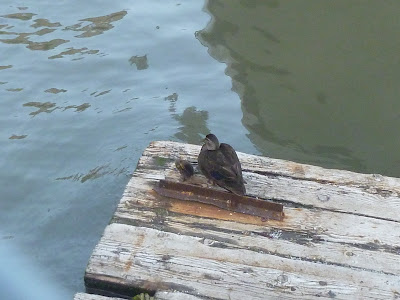 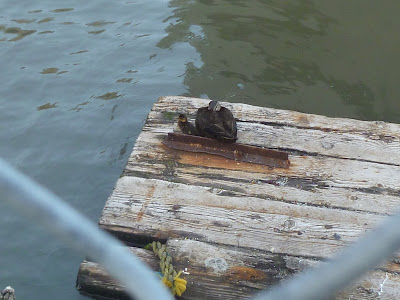 Today we see no sign of ducklings. The females look like they could be hiding ducklings underneath, but none emerge. They rock back and forth, enjoying the ride and preening themselves. 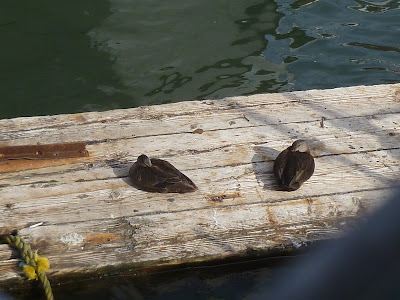 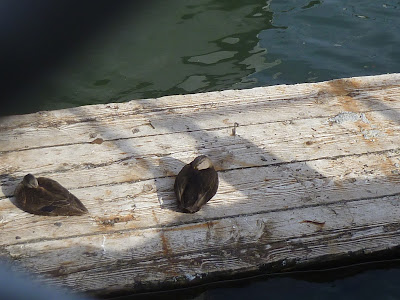 May 5 - Male and Female Mallards
Today we see a female with a gorgeously colored male. And the female shows her pretty blue wing. Could that be a mating move? 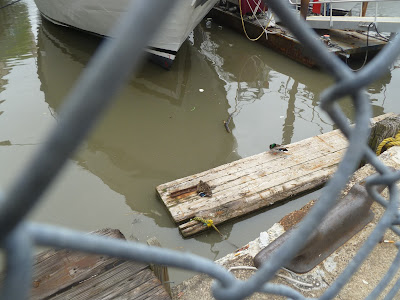 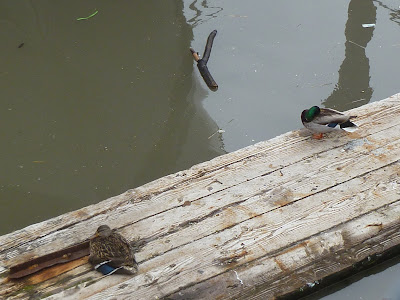 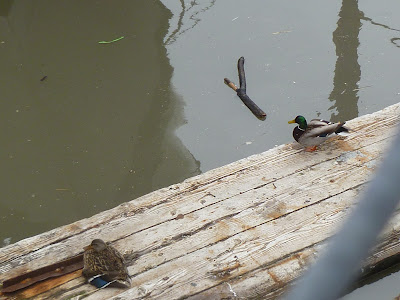