This is the tale of a baby squirrel named Creme Puff who once lived in this tree. 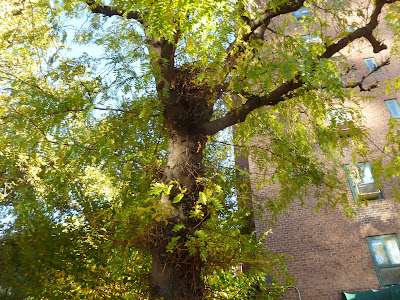 If you look closely (click to enlarge) you can see a great big nest up there. Creme Puff was found on the sidewalk by a very caring lady from PCV, after being thrown out of the nest. She brought him to a local vet who got in touch with Bernie, who brought him to Dr. Pilney, who treated him  and saved his life. When he arrived at the vet's he was shaking all over in what the vet called "death throes". In addition to having squirrel bites all over his body, he had suffered a concussion. What could have happened to this poor little squirrel?

Today, 30 days later, Creme Puff was well enough to take a trip over to Peter Cooper Village, to the scene of the crime. Bernie brought him back to the very tree he fell out of, in hopes of meeting up with his mother. He is a sweet-natured squirrel who apparently has no memory of being traumatized. 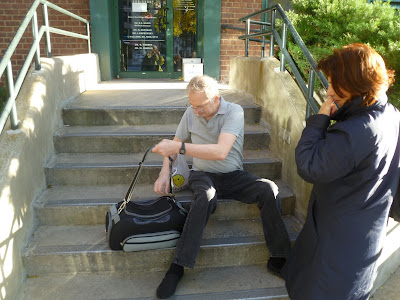 Semma, the lady who saved Creme Puff, is excited  to see him again. 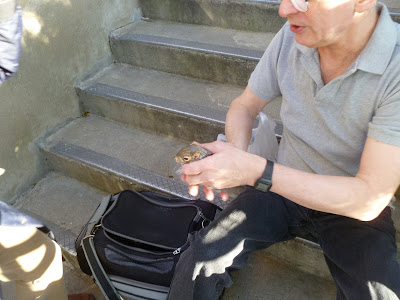 Creme Puff is removed from his carrying case
﻿﻿﻿ 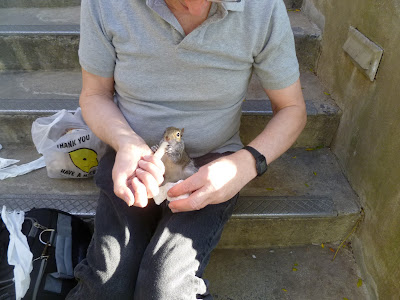 A snack to calm down: a formula of hazelnut milk and tapioca pudding,
﻿
﻿﻿ 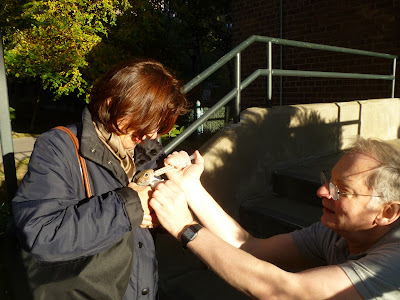 ﻿﻿ Semma gets to hold Creme Puff and feed him. He's a very gentle squirrel. 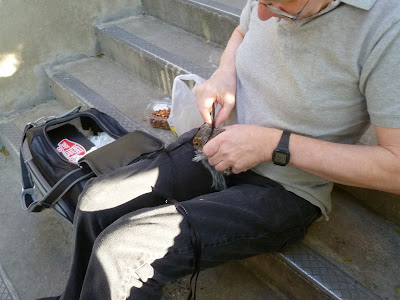 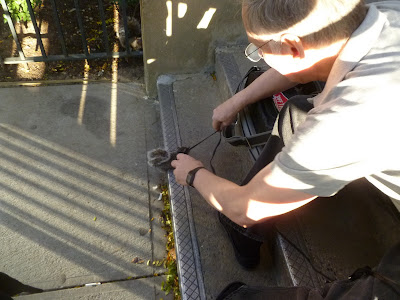 The leash is so Creme Puff can walk around and not run away. 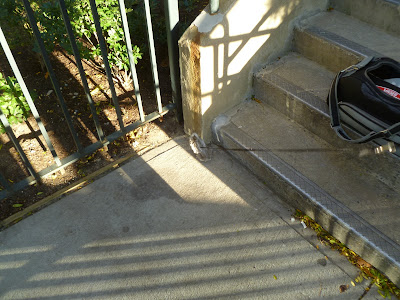 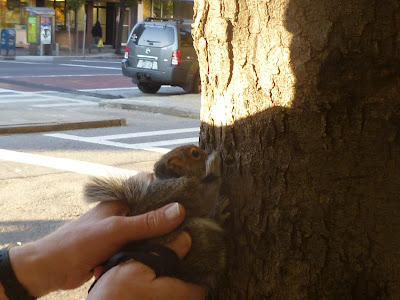 Creme Puff does not try to climb his tree, but instead sniffs and licks the bark like a typical baby squirrel. 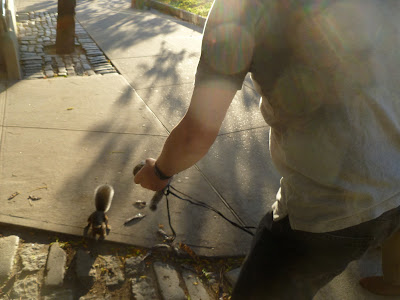 A squirrel approaches that might be Creme Puff's mother. 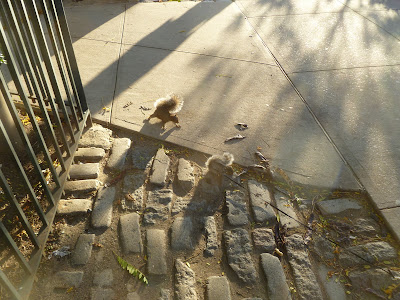 The squirrel is curious and comes closer. 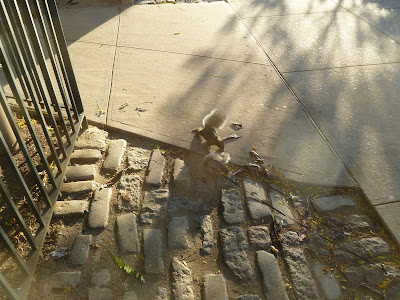 The squirrel comes right up to Creme Puff to have a better look... 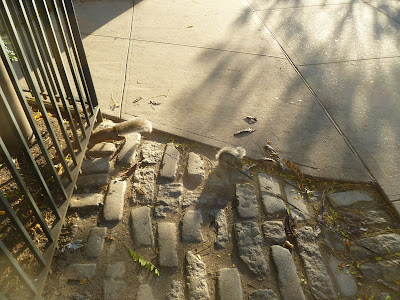 Then the squirrel runs off... 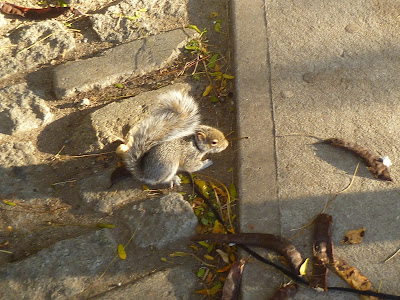 Creme Puff is left sitting there alone  on the leash. 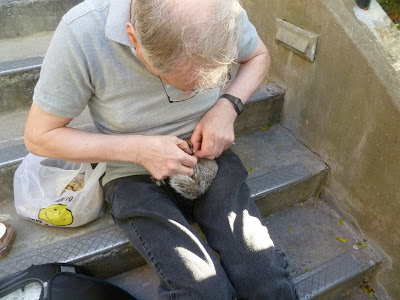 Now it's time to remove the leash, and we hear a lot of squirrel talk and squawking, as Creme Puff lets us know in no uncertain terms that the noose must come off! NOW! Bernie works as fast as he can. 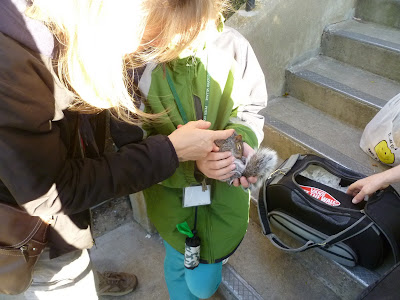 Our friend Mya comes by and wants to hold Creme Puff. 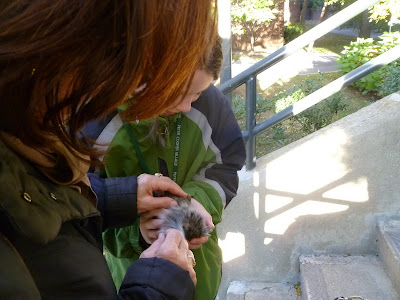 A thoroughly calmed down Creme Puff snuggles with Mya and Semma.


It's time to go home now, but sweet Creme Puff will be coming back for another visit some day soon.
Posted by Admin at 8:30 PM