Do squirrels have courage? Yes they do. I have seen squirrels go up against red-tailed hawks three times their size.

I remember one time when a hawk had planted himself in the little tree I called the monkey bars, an old fruit tree with gnarled branches that the squirrels used to love to hang out in (sadly it has since been cut down). 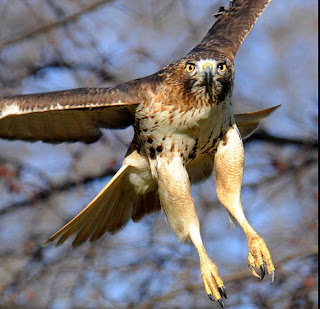 This big bird had deposited himself in this tree, looking for his next meal. The squirrels all scattered, with the exception of two that stayed to defend the tree. And it was quite a show! While the other squirrel backed him up, one squirrel played a game of chicken with the hawk. The squirrel would advance a step, the hawk would step back. Then the hawk stepped forward and the squirrel backed down the tree. I was mesmerized. They went back and forth like this for a long time, with me coaching on the sidelines, exhorting the squirrel to stop being dumb and hightail it out of there! But it would not give up the fight!

Finally the hawk lunged at the squirrel. And missed!(thank goodness). Then it nosedived onto the other squirrel and chased it across the lawn. Again it missed, probably because the persistance of the brave little squirrel had quite unnerved the hawk.

Here's another example of courage: a mother squirrel risking her life to save her baby. Great photos. 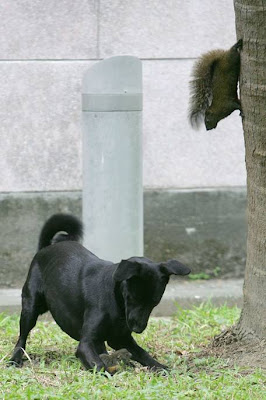 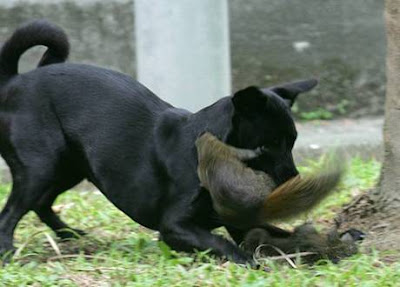 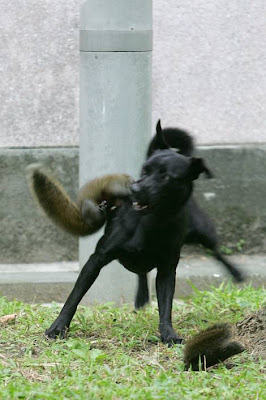 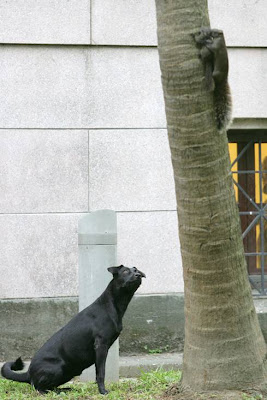