This squirrel was one of the babies that had fallen from their nest last month.
(see  http://thenewyorksquirrel.blogspot.com/2010/09/babies-falling-from-trees.html.)
He was rescued by a lady named Pat who called Bernie who came over and took him and has been caring for him ever since.

He's the one that Babygirl has been attacking. Interestingly enough, right after Babygirl left he started attacking the newcomer to the group, an injured baby male that was brought in from the Bronx the other day. Is it possible that this bullying is learned behavior from Babygirl? Or perhaps just "normal" squirrel territorial jealousy?

Now it's time for Babyboy's first release, but before that his rescuer Pat gets to meet and hold him. 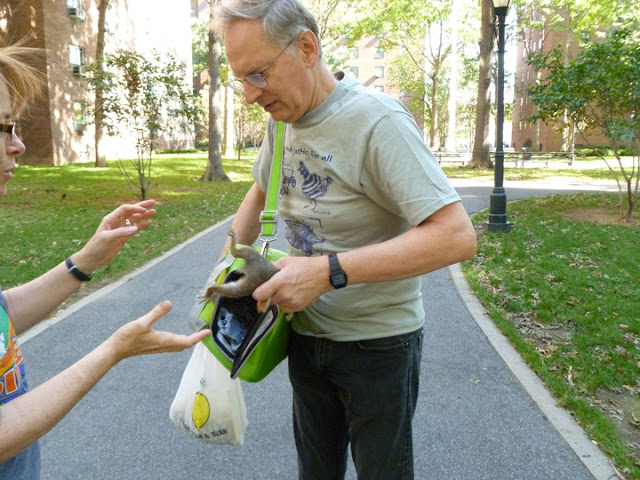 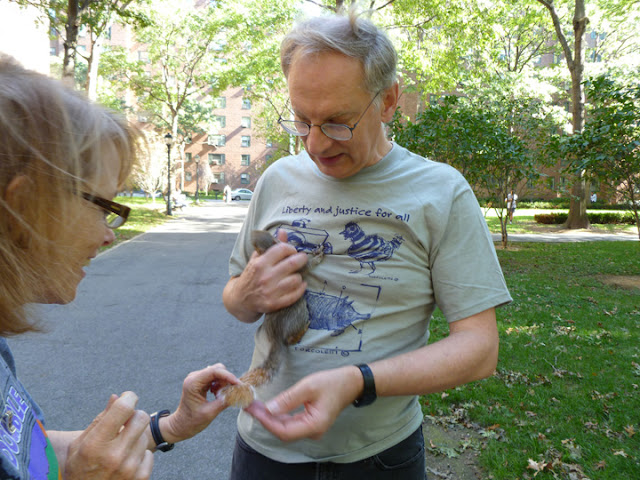 Oh, what a lovely tail! 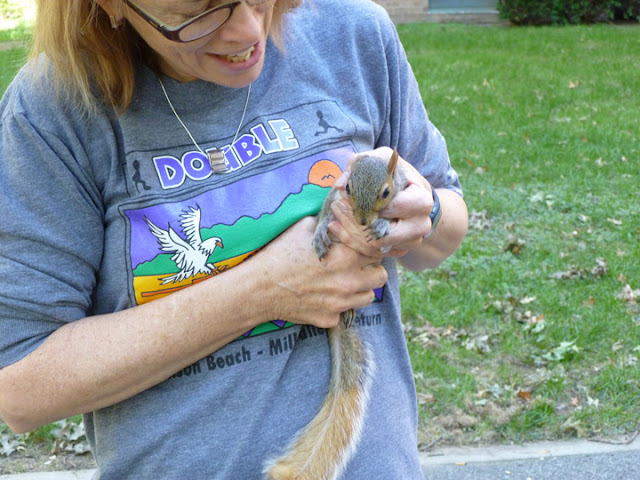